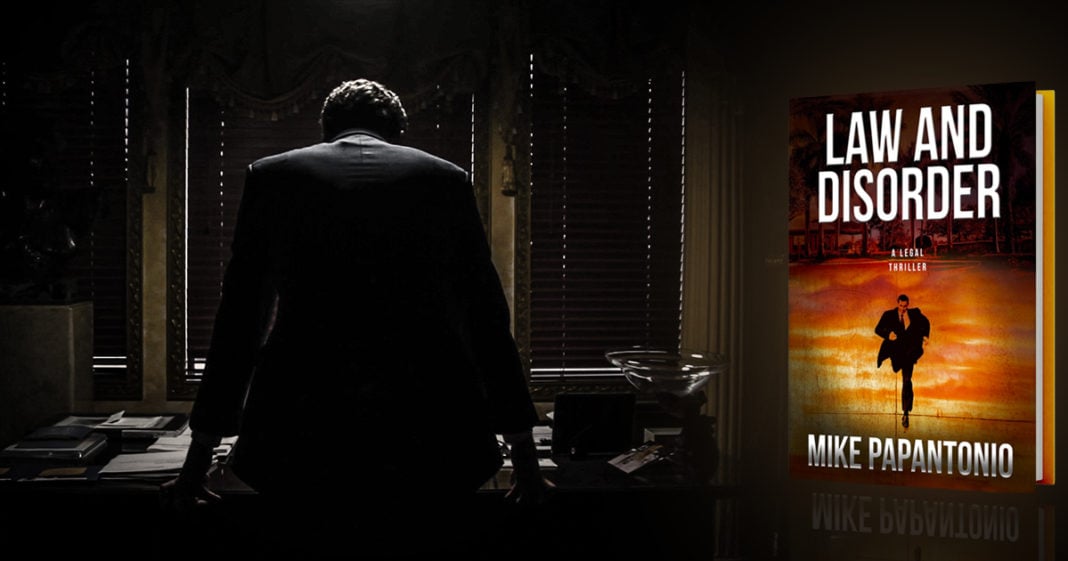 In a political season in which we might be tempted to look for signs we’re not all just trapped in an electoral version of The Truman Show or sleeping in restraints in a Matrix test-tube, the only thing that might succeed in taking us away from this fiction is better fiction. I know I’ve needed it to get through an election season with a scrub-brush topped, clementine-colored life-form in position to actually be elected president if Hillary Clinton stumbles during the debates, or if someone waves shiny objects in the faces of political reporters.

With that in mind — and to avoid an oxygen mask — I’ve been living on political novels, and I’m here to perform a public service by telling you about two exciting political thrillers that will better inform you than our current political coverage and take your mind off the madness. In both cases, the writers are steeped in the worlds of law, politics, and all that comes with both, from understanding the corporate corruption of our democracy to the Gordon Gekko-esque personalities who perpetrate it while making Jordan Belfort seem like The Dalai Lama.

In Law And Disorder, Mike Papantonio, early investor and show host on Air America, president of the National Trial Lawyers and current host of the nationally syndicated Ring of Fire Radio show, gives us a peek into his world of mass tort lawsuits taking on the likes of big tobacco, large pharmaceutical companies and Big Oil.

In the book, main protagonist Nicholas “Deke” Deketomis has to take on a cabal of forces that will look familiar to anyone who’s read the news the past decade. There is Bekmeyer Pharmaceuticals and their dangerous product Randol, S.I. Oil, which is run by the wealthy, right-wing Swanson Brothers, who’ve never met a body of water or breathable air they couldn’t pollute.

There’s also country prosecutor Darl Dixon and Pentecostal Pastor Rodney Morgan, rounding out the “tea party” supporters who form a rich cast of characters. With this story, as in real life, Papantonio is not only unafraid to challenge these forces, but indeed seems to go after them with relish. The book will remind you of some of the better works of John Grisham, one of those reads you pick up with the intention of skimming for an hour at 11 p.m., but find yourself going over line after line until 2:30 a.m., and only then turning in reluctantly.

Meanwhile, in his debut novel, The People’s House, David Pepper, former Hamilton County, OH Commissioner and Chair of the Ohio Democratic Party, does what Law & Order once achieved, ripping his storyline from the headlines (but with a twist). A worn down journalist at The Youngstown Vindicator, Jack Sharpe, comes across a story initially hard for him to believe, which a threat to the very fabric of our democracy. In this clever plot, which has been compared to Joe Klein’s Primary Colors, Pepper invites us into a world where those who game the system have figured out a new way to corrupt American democracy.

Why does one need to attempt the higher profile takeover of the presidency when, in a gerrymandered Congress, you need only control the 30 or so swing seats to ensure legislation you like passes and gets its day in the Senate and on the president’s desk for his signature. Sharpe, in one of those districts, notices the irregularities, and then the plot really takes off, with congressman Lee Kelly getting his hands on proof of what occurred in this Northeast, Ohio district, and Monroe Country Democratic Ernie Rogers also questioning vote tabulations.

As with Papantonio’s oeuvre, Pepper isn’t looking for the false balance of The New York Times political page, he reminds us who is the party of Big Energy (Republicans), who has recently tampered with elections via voter suppression (Republicans) and/or re-routing large gobs of dark money through charitable organizations (take your pick, Donald Trump and Pam Bondi? Scott Walker and the Koch Bros?). In this election, calling out regressive forces without subtlety or “both sides do it” is refreshing to say the least.

The pulse-pounding thrill of what will happen next, as the congressman with evidence of wrongdoing becomes a victim of not just this national, but  international conspiracy, keeps you turning pages until the very end. We even come up against a Russian oligarch’s involvement in these nefarious activities, which Pepper created before the recent hacking shenanigans, making the novel that much more timely.

Don’t get too depressed watching the insufferable political coverage on CNN this election season. Read Law And Disorder and The People’s House for some truth about what’s actually going on in our political system. You’ll be happier, better informed and can vote accordingly.

This article was posted with permission from The Huffington Post.

Bob Cesca is the host of the Bob & Chez Show: a funny, fast-paced political podcast that doesn’t take itself too seriously. The twice-weekly podcast is hosted by Bob (Salon.com, The Huffington Post, The Daily Banter, The Stephanie Miller Show), and CNN/MSNBC producer turned writer Chez Pazienza. Follow the show at www.bobcesca.com with special thanks to Barone.