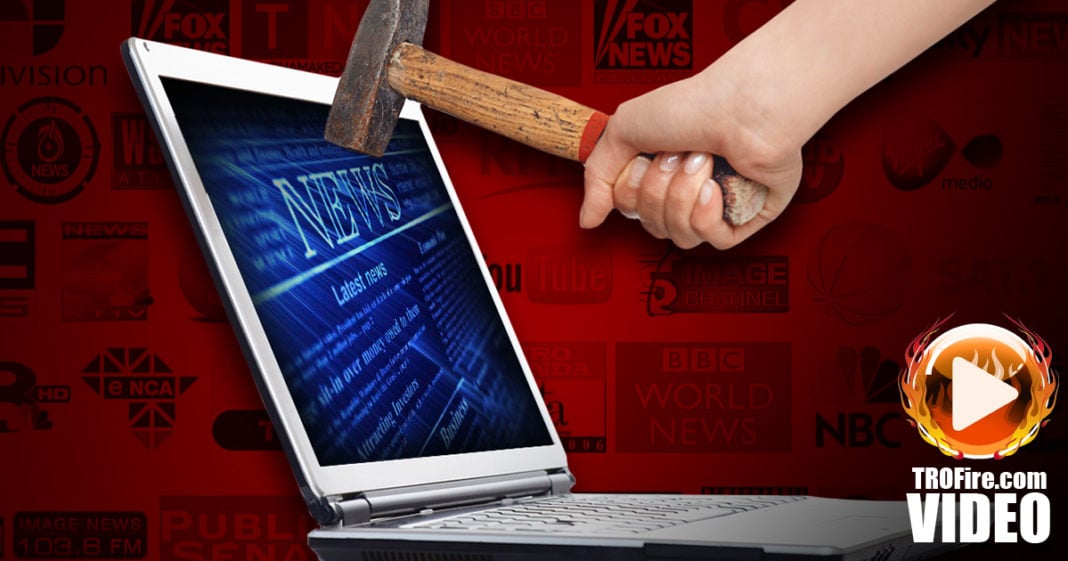 A new Gallup poll shows that Americans trust the media less today than at any other point in history. And with the corporate control of most of our media, that should come as little surprise. The Ring of Fire’s Farron Cousins discusses this.

According to a new Gallup poll, trust in the media in the United States has hit its lowest point in the history of the media. Now, a lot of this drop actually has to do with the fact that Republicans are mad because they think that Hillary Clinton is getting a free pass by the media, and Donald Trump is getting hammered by the media on a daily basis. Support amount Republicans has fallen by almost half in just the last year. Democrats on the other hand, 51% of them say that yes, we trust the media, which is being overly generous if you ask me. Independents are right around 30%, and overall, trust in the media at the United States is at 32%.

What’s interesting about this latest poll is that this is not just the corporate media. This is all media. This is independent blogs, independent websites, and news outlets. They are not trusted anymore. People do not like the partisanship of these organizations as a whole, but that doesn’t make the content untrue. A lot of Republican sites, I think you’d be hard pressed to go through there and find anything factually accurate, but on progressive sites, for the most part, you’re going to find things that are verifiably factual. Overall, the public, when you do factor in corporate media, they do not trust them, as well they shouldn’t.

The corporate media is beholden to their advertisers. They have shareholders, and it is the job of a shareholder of a CEO of an executive legally to make sure that they increase profits by as much as possible. In order to do that you have to sell advertisement. You sell advertisements by reporting on things that aren’t quite news, but they’ll grab people’s attention, like Hillary Clinton’s health issue, or Donald Trump not releasing his tax returns. Those things, they don’t ever get into depth on them. They don’t explain what it actually means. They just talk superficially so that they can get eyeballs for a few minutes and sell a few more Pfizer pills during the commercials. That’s what the executives in corporate media are there for. Unfortunately, because of the laws in the United States, they have to do that. The corporate media has to be crappy because of those laws, because they have shareholders.

If we moved the media back into the public domain … They’re using the public airwaves. If we took it back to that, then we would once again start to see some trust in the media return as they rely less on corporate advertisers and more on individual funding, government funding, and things of that nature, but until then, we’re going to continue to see these trust numbers fall. The media absolutely deserves it, because if you turn on your TV right now, any corporate news channel, CNN, MSNBC, Fox News, they’re all the same. They’re going to be telling you things that don’t really matter, and education and real journalism are absolutely absent from any of those networks.