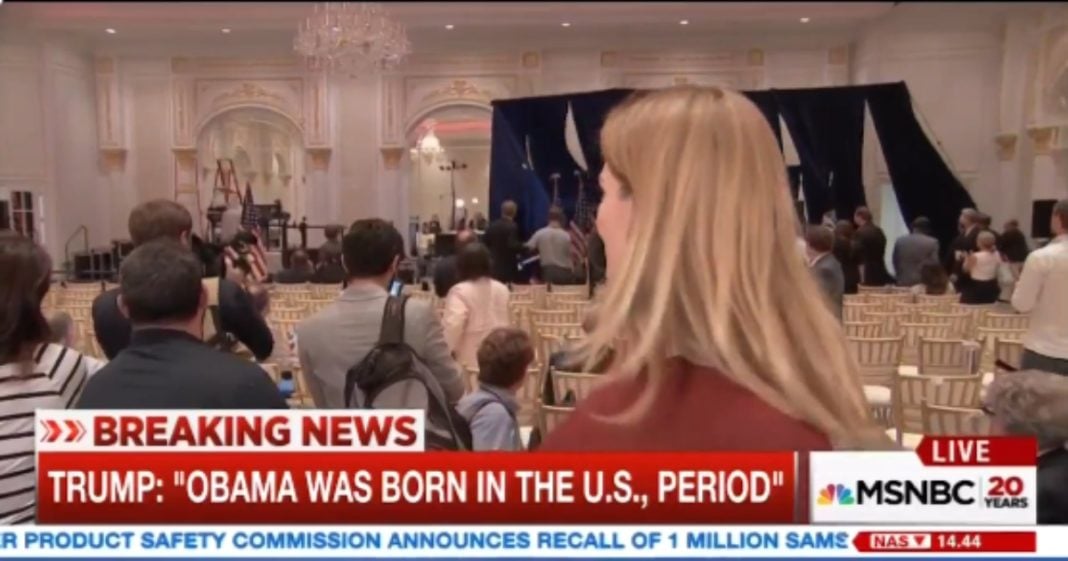 So this just happened.

In a fitting metaphor for the entire hot mess that is the 2016 campaign, live coverage of a Trump campaign event on Friday evening caught a pretty hilarious mishap.

While MSNBC‘s Katy Tur was broadcasting Trump’s most recent lies and deceptions, the stage where Trump had been standing just minutes before collapsed suddenly, the black curtain tearing down a slew of flags standing onstage.

“And the stage is falling apart behind us.”

Tur took a moment to look back at the ruckus before collecting herself and continuing her broadcast.

Perhaps a sign of something as Trump’s stage collapses.@KatyTurNBC: “…um… anyway…” pic.twitter.com/oK7Wz9vGsF