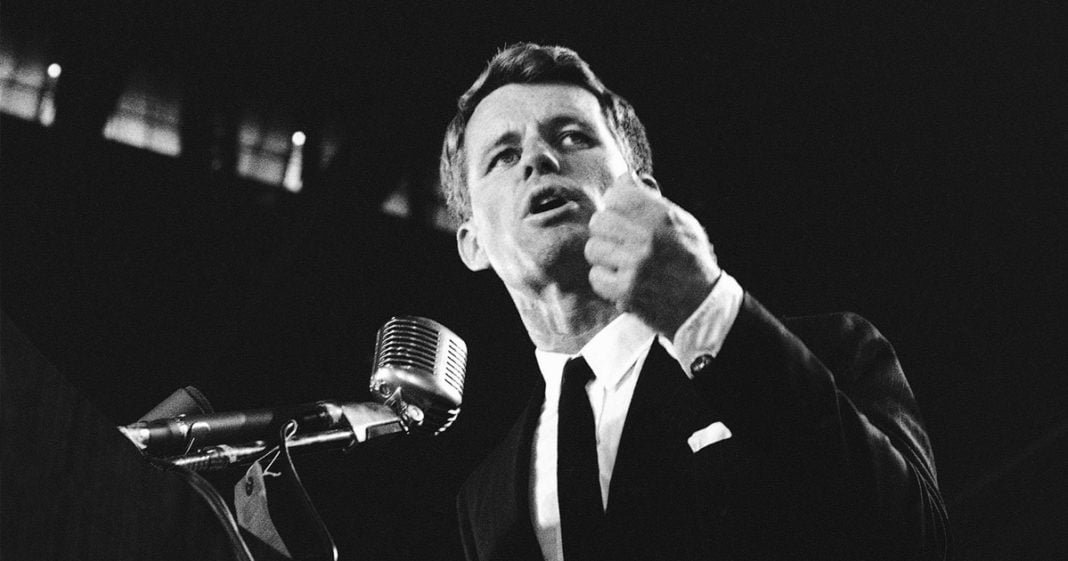 Larry Tye, Bobby Kennedy: The Making of a Liberal Icon joins Thom. Almost 50 years after his death – Robert Kennedy remains an icon of American liberalism. For many people of a certain age and a certain political persuasion – he – along with his brothers John and Ted – represent everything good about about the Democratic Party and what it’s meant to American society in the post World War II era. But who was the real Bobby Kennedy? Was he the man who spoke so eloquently about racial and economic justice during his tragically short 1968 presidential campaign? Or was he the guy who worked with Joseph McCarthy to go after rumored Communists? Is there a difference between the two? My next guest has tried to answer those questions – as well as others – in a fascinating new biography about Kennedy.