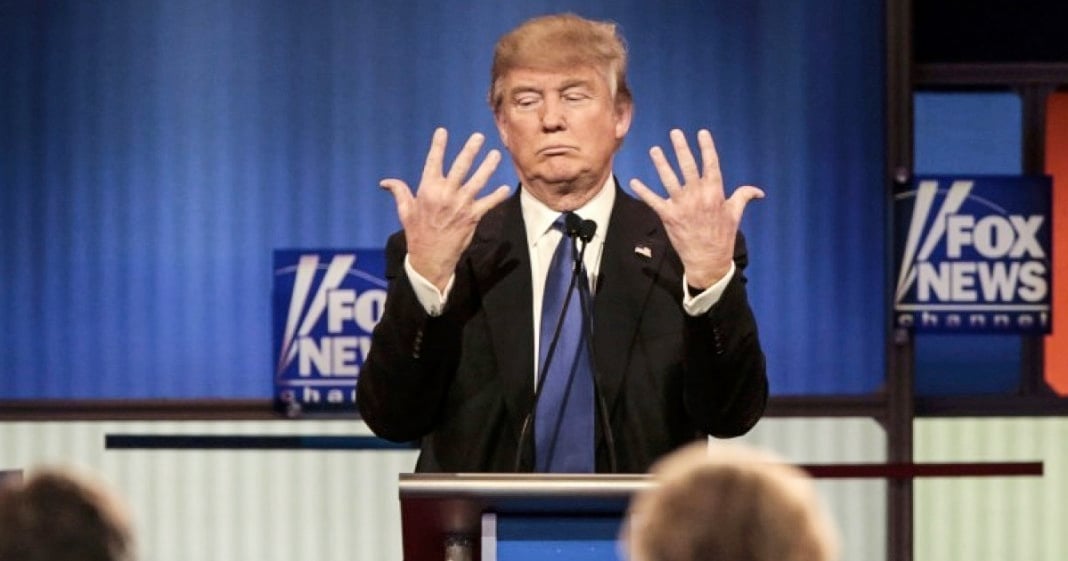 It’s despicable that this is even newsworthy, but after eight years of birther nonsense from Donald Trump and others, the Republican nominee finally declared that the president is a natural-born citizen.

The announcement came at the tail end of a Trump event which he used primarily to promote his new hotel and parade a handful of military endorsements. Right before the networks gave up and switched away in disgust, Trump took the stage once more and finally made his much-awaited birther announcement.

“President Obama was born in the United States, period. Now we all want to get back to making America strong and great again.”

In usual Trump fashion, his statement was preceded by an accusation that the Clinton camp was the real origin of the birther movement, a repeatedly debunked statement.

In his own words, “Hillary Clinton and her campaign of 2008 started the birther controversy. I finished it.”

Considering that this is the first time he was able to say that Obama is indeed an American citizen, he didn’t finish a damn thing.

Before his announcement, Clinton issued a harsh statement about Trump’s birtherism, saying that this ugly scar on his reputation cannot be hidden or erased.

This is what this election has turned into. We have a presidential candidate who is currently leading in several polls, who until  September 16, 2016, refused to say that the current two-term president was an actual citizen. Disgusting.