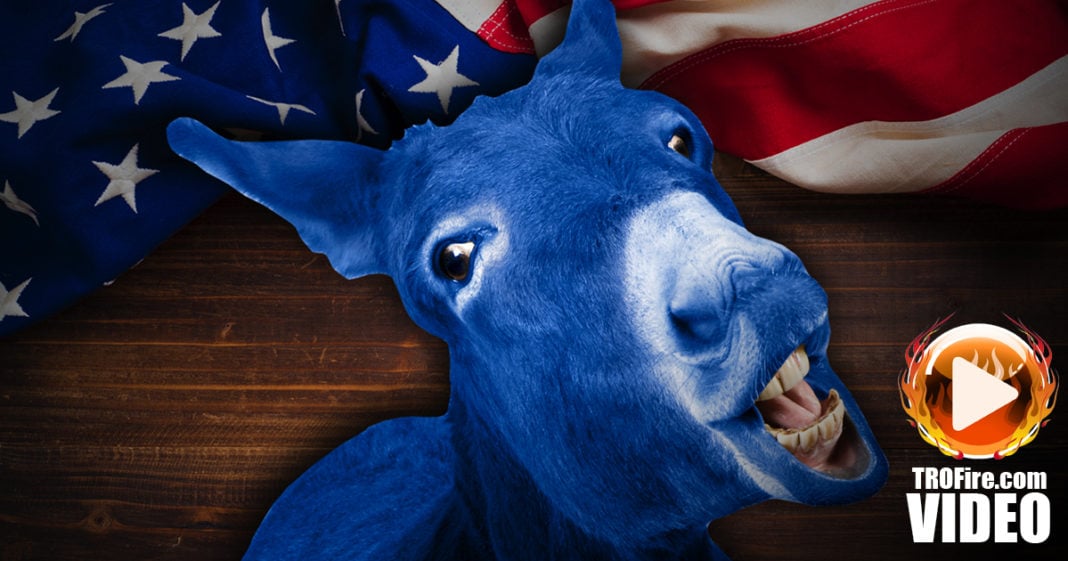 Hillary Clinton is only beating the Libertarian Party candidate by 2 points among voters aged 18 – 34. This age group is abandoning the Democratic Party, and that could be a disaster for the Party’s future. The Ring of Fire’s Farron Cousins discusses this.

The latest polls out there have some really, really bad news, not just for Hillary Clinton, but for the Democratic Party in general. According to the latest polling averages, voters between the age of 18 and 34, Hillary Clinton only beats Gary Johnson, the Libertarian candidate, by 2 points. Donald Trump is ahead of her with young voters.

During the primaries, Bernie Sanders won the youth vote, 18 to 34, the millennial generation, by 2 to 1 against Trump and Clinton combined. Those voters who supported Bernie Sanders in that age group are not going to Hillary Clinton, and instead they are being split amongst Donald Trump, Gary Johnson, surprisingly, and Jill Stein, although she still holds a very low single digit percentage of that age group.

Now, the appeal of Gary Johnson is understandable. He does have this outsider mentality. He is on the correct side of issues like same sex marriage, mass surveillance, he is against all those. Beyond that, he is a nut job who believes in some wacky Libertarian, “Privatization is the best thing” policies. That is horrible for the United States. The millennial generation has to understand what Libertarian politics would do to this country. It would take government control away from things like education, from the prison system, fire departments, police departments, infrastructure. We have seen what happens in states where they do that. The education system, once it’s privatized, falls apart. The private prison industry is so corrupt that states are having to back away from them. The federal government won’t even use them anymore, because they are so corrupt. Infrastructure will continue to suffer, if we try to privatize that. Prices are going to go up for those projects, and states are going to run out of money.

That’s why we have the federal government. There are basic services, in the United States, that the government has to provide. Gary Johnson wants to take those away. I’m not saying that the young generation should flock to Hillary Clinton. I’m certainly not saying that they should flock to Donald Trump, but Gary Johnson? The Libertarian Party? Probably the worst pick you could make, millennials. The bottom line is that the Democratic Party has a very serious problem. It’s a problem that we’ve talked about for years that the Republicans have, and that is that their base is getting older. They’re not growing. They’re not attracting young people. Eventually, they’re going to die off and remove the Republicans from power.

The same thing is happening with the Democratic Party. While they’ve been talking about it happening to the Republicans, they were so blind that they didn’t see it happening to their own party. These latest set of poll numbers prove it. Young people are leaving the Democrats. They’re leaving the Republicans. In 20, 30 years, those 2 parties could very well be considered the fringe. Libertarians, Greens, they may be the new majority. For the Greens, that’s not so bad. For the Libertarians, that presents a very scary future for the United States.