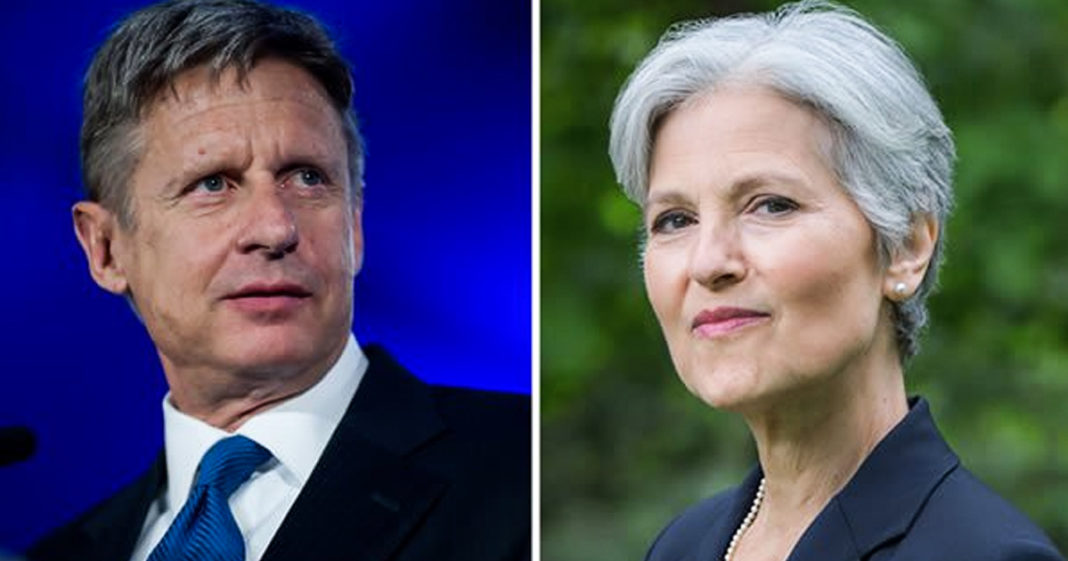 This announcement comes much to the chagrin of both Libertarian Gary Johnson and Green party Jill Stein who have both lobbied aggressively to be invited on the debate stage.

The debate, which is scheduled for September 26, will be attended by Democratic nominee Hillary Clinton and Republican nominee Donald Trump, both of whom have already agreed to appear on the date.

According to the commission:

“[T]he Board determined that the polling averages called for in the third criterion are as follows: Hillary Clinton (43%), Donald Trump (40.4%), Gary Johnson (8.4%) and Jill Stein (3.2%). Accordingly, Hillary Clinton and her running mate, Tim Kaine, and Donald Trump and his running mate, Mike Pence, qualify to participate in the September 26 presidential debate and the October 4 vice-presidential debate, respectively. No other candidates satisfied the criteria for inclusion in the September 26 and October 4 debates. The criteria will be reapplied to all candidates in advance of the second and third presidential debates.”

Many have suggested that the established threshold of 15% national polling is excessive and suggest that it be lowered significant to include Johnson and even Stein. Senator Bernie Sanders said that the threshold is “probably too high,” but didn’t specify by how far he believes it should be lowered.

Earlier this week, Johnson made headlines when he became the first third-party candidates since Ross Perot to make it onto the ballot in all 50 states. Stein has also been included on the ballot for over 40 states but is still working on the remaining resistors.

The strength of these third-party candidates in such an unusual election year means that the debate over inclusion in events like these will continue to rage on. Whether it is better to give the people more options or stick to a more realistic vision remains to be seen.