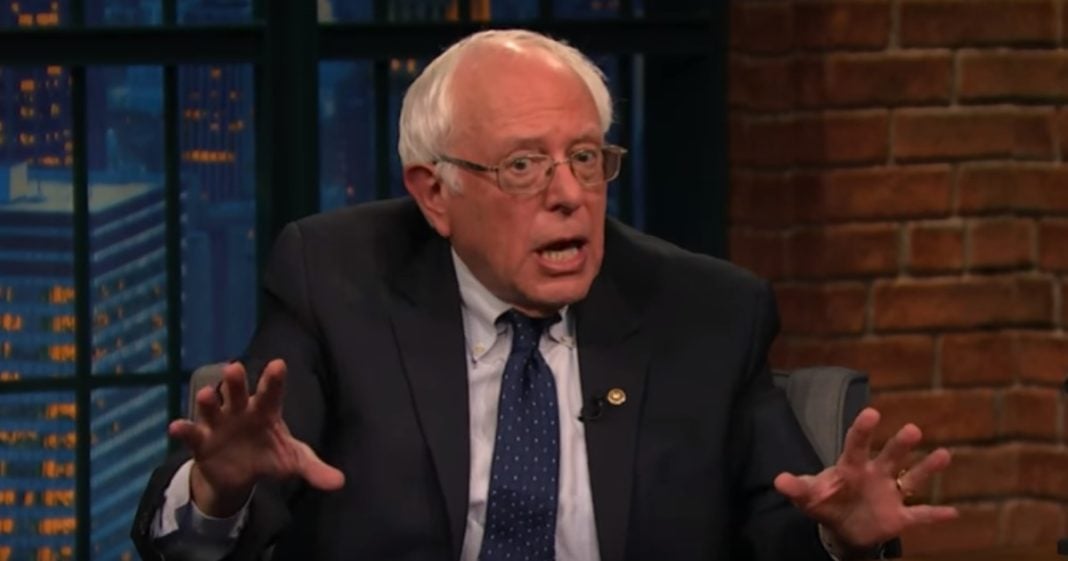 Continuing his reluctant duty of stumping for Hillary Clinton, progressive champion Bernie Sanders made an appearance on “Late Night with Seth Meyers,” on Thursday night to discuss why he believes reluctant voters should rally behind the Democratic nominee.

Sanders made a salient point here as his personality in particular had a major impact on his success during the primary.

Rather than simply offer general platitudes, Sanders outlined several progressive ideas that Clinton now supports and which progressive voters may not be aware.

“What Hillary Clinton is saying is she’s gonna make colleges and universities tuition-free for all families earning $125,000 or less and deals significantly with student debt. You know what? That is a very big deal in this country. She’s gonna double the number of community health centers in America so working-class people and low-income people can have access to health care. That is a big deal. She is going to address climate change; she is going to raise taxes on the rich.”

When the father of the revolution frames an argument for Clinton so eloquently, with so many important policy points laid out, it’s hard to resist.

“So what I would ask those people who voted for me – even if you have concerns about Clinton, I understand that – but look at the hard issues that impact your lives and your neighbor’s lives and then think whether or not you want Donald Trump as president.”

Take it or leave it, that’s the best argument you’re going to get for voting for Clinton from the mouth of the one person I trust enough to tell me the truth.