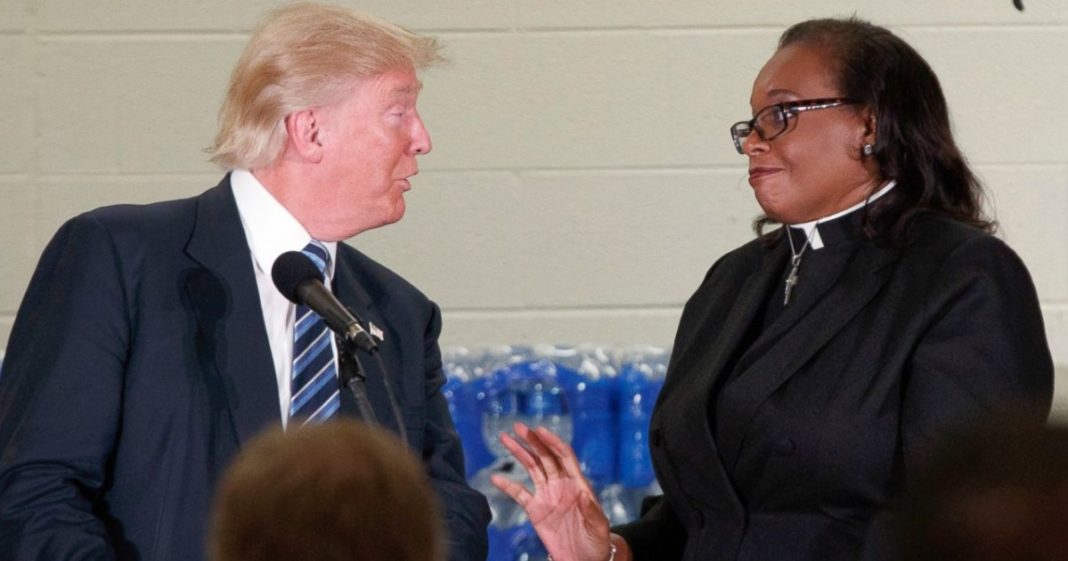 Donald Trump is not a cozy bedfellow of subtlety, sensitivity, or tact. We know this about him, and yet we were still surprised to see that on Wednesday, during his bizarre visit to Flint, Michigan, Trump tried to use the opportunity to discuss his opponent Hillary Clinton, rather than offering solutions to solve the crisis in the town.

Trump, who had previously said barely a word about the crisis in Flint, used the town as a photo-op without addressing the reality of what the townspeople are facing.

Trump may have tried to use the town for his own political gain, but the pastor for the African American church who so graciously allowed his use of their space had heard enough.

While Trump railed on jobs and Democratic leadership, Pastor Faith Green Timmons approached the candidate, rebuking him for using the space for a political speech.

“Mr. Trump, I invited you here to thank us, not give a political speech.”

Wow! Finally someone willing to stand up to the Donald and call him out on his horrific behavior!

In a town like Flint, which faced heavy protest after learning Trump would be arriving, it takes more than baseless platitudes about corruption in America to win their support. These citizens have been betrayed by their government, and they sure as hell aren’t ready to be betrayed by Donald Trump.