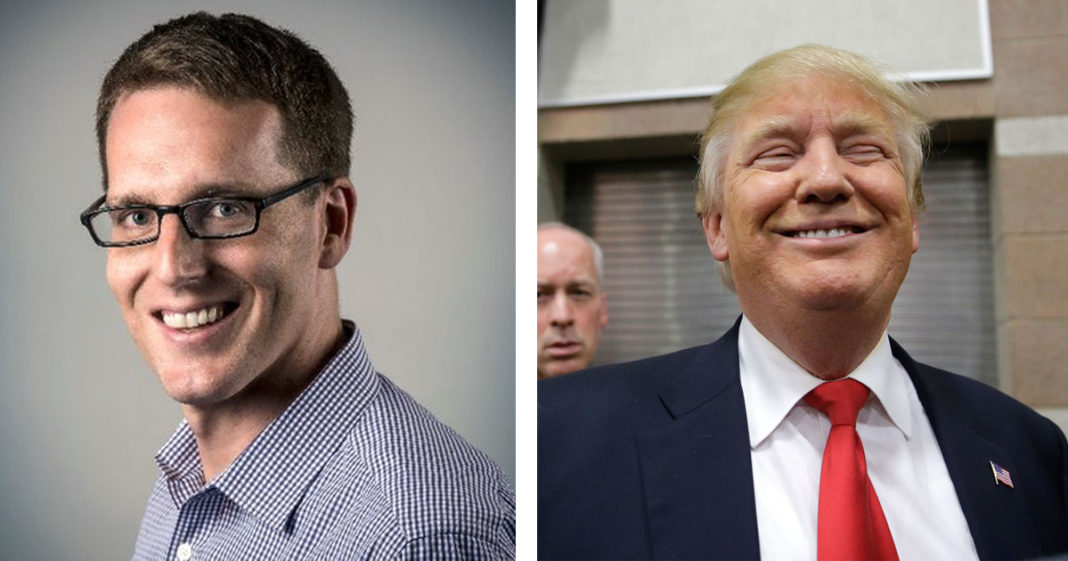 GOP Presidential candidate Donald Trump has done a great job of impressing people with how generous he is when it comes to his foundation and its contributions to charity. Of course, it’s easy for him to do with OPM (“Other People’s Money”). However, there are now serious questions about just how much actual “charity” was involved.

The Donald J. Trump Foundation has drawn the scrutiny of New York Attorney General Eric Schneiderman, who has launched an investigation in to “some impropriety.” It couldn’t have come at a worse time for the Trump Campaign, just a little over six weeks before the election – and he can thank old-school investigative journalism for the inconvenience.

Armed with nothing more than an old-fashioned ink pen and a pad of actual paper, Washington Post reporter David Fahrenthold contacted a total of 326 charities to which Trump claims to have contributed. The first question: how much did Donald Trump actually donate to these charities?

What Fahrenthold discovered was that between December 2008 and May 2016, Trump gave one donation out of his own pocket – amounting to less than $10,000 – to a single charity. At the same time, CNN has discovered that Trump hasn’t bothered to donate to his own Foundation in more than eight years. He’s been really good at donating OPM, however – and managing to take personal credit for it.

For example, Farnthold found that Trump approached the New Jersey-based Charles Evans Hughes Memorial Foundation for contributions to the Palm Beach Police Foundation. That charity gladly handed Trump $150,000 back in 2009 and 2010 – which Trump then presented to the Palm Beach PD as if they were his own personal donations. In return, he was presented an award for his “generosity.”

“Trump had effectively turned the Evans Foundation’s gifts into his own gifts, without adding any money of his own,” Fahrenthold writes.

What happened next? Trump threw a party at his own nightspot, the Mar-A-Lago Club, and charged the Palm Beach PD Foundation big bucks to rent the place.

In an interview on CNN, Fahrenthold pointed out that,

“In the world of philanthropy, if you start a foundation with your name on it, it’s expected that the money in it is yours.” He added, “[Trump] fills it with other people’s money, and then he gives it away to people who are under the impression that it’s actually Trump’s.”

In return, “The Donald” is recognized, lauded, and plied with praise and awards for “his” generous contributions. Not only that, but he gets business from those organizations to which he donates, effectively profiting from making donations with OPM. For example, the Mar-A-Lago, for which charitable organizations pay more than a quarter-million dollars per night to rent for their galas. (Sort of makes one wonder where all these “charitable contributions” are going – but that’s another subject).

According to Fahrenthold, the Trump “Foundation” is really nothing more than a business entity (“on paper”) that exists in order to pass OPM along to charitable foundations while enabling Trump to take all of the credit and reap questionable benefits.

Another little tidbit that Fahrenthold dug up was the purchase of a six-foot portrait of Trump, for which he paid $20,000 in 2007 with money from his foundation. That purchase was made at a little fundraising shindig held at (you guessed it) the Mar-A-Lago Club. The question is, did he give the portrait to charity, or was it simply for his own ego? If it’s the latter, he could be in big trouble with the IRS.

Now, Trump could be in trouble with the State of New York as well. AG Schneiderman told Politico,

“My interest in this issue really is in my capacity as regulator of nonprofits in New York State…we have been concerned that the Trump Foundation may have engaged in some impropriety from that point of view.”

And thanks to the efforts of David Fahrenthold, the public has a pretty good idea of what those “improprieties” are.