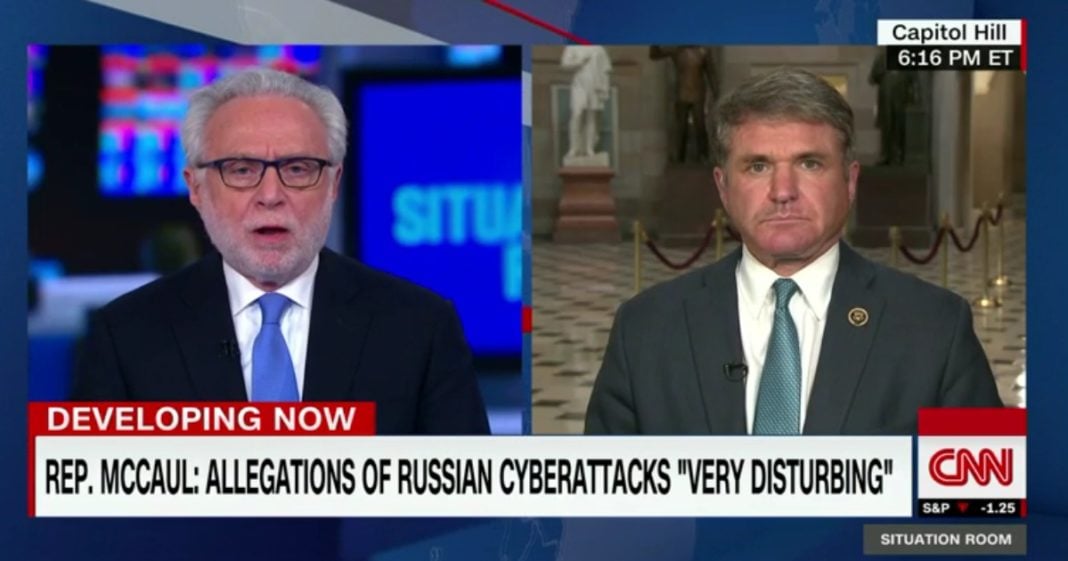 Republicans couldn’t let Democrats alone have all the fun with fear-monger over the big, bad Russians; they wanted in.

During an interview with Wolf Blitzer on CNN on Wednesday, Texas congressman Mike  McCaul said that the RNC had been the victim of Russian hackers as well.

McCaul and Blitzer were discussing the rumors that Russia was involved with recent DNC leaks, a popular conspiracy theory propagated by the Democratic establishment, despite the clear damage these allegations have done and will continue to do to to U.S.-Russian relations.

It appears that Republicans are getting a bit nervous about what the implication of all this association is doing to their brand. Rather than letting the narrative that Russia wants Republicans elected cement (and therefore, that Trump winning is an indication of a ‘rigged’ election), McCaul tried to even the playing field by suggesting that Russia hasn’t discriminated in their tampering.

“Are they try to go influence or undermine the electoral process? They are trying to undermine the electoral process. They have hacked into the DNC, but also into the RNC. They are not discriminating one party against the others. The Russians have hacked into both parties at the national level and that gives us all concern about what their motivations are.”

When Blitzer asked for clarification, McCaul doubled down.

“Yes. they have hacked into the Republican National Committee. so this is, again, they are not picking sides here I don’t think. They are hacking into both political parties. What they intend to do with that information, I don’t know.

Since those comments were made on Wednesday evening, McCaul has walked back his statements saying that he “misspoke,” but when you spent minutes explaining in great detail something you claim is true, is that really misspeaking?