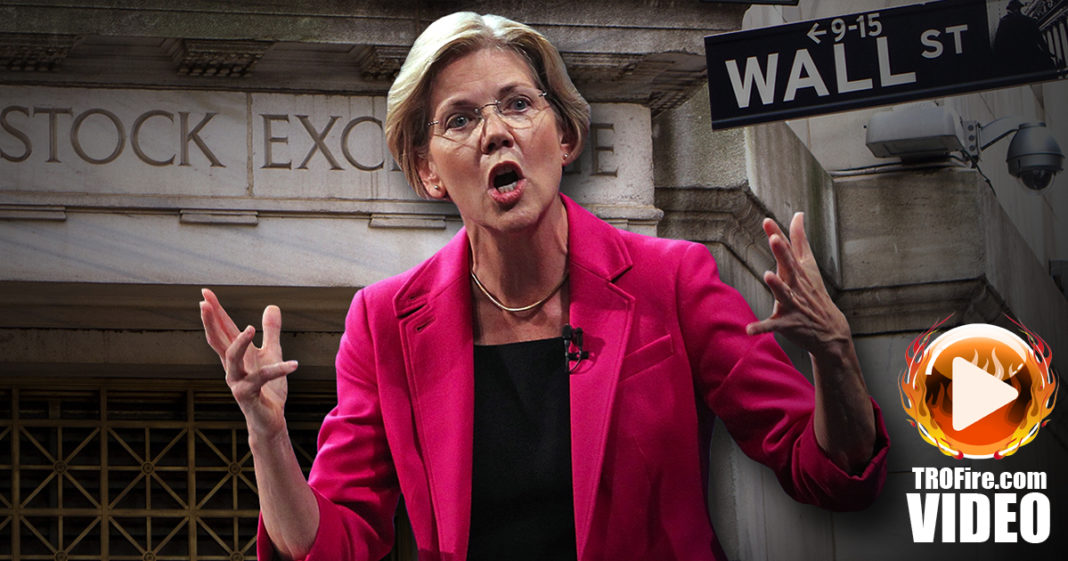 Senator Elizabeth Warren has combed through the documents and knows that the big banks were involved in illegal activities that led to the crash of 2007-2008. And that’s why she’s demanding an investigation to find out why the Department of Justice ignored the FCIC’s request that two dozen individuals and organizations be prosecuted for their involvement in illegal activities. The Ring of Fire’s Farron Cousins discusses this.

Senator Elizabeth Warren has sent a letter to the Justice Department demanding an investigation as to why they did not prosecute a single banker for the 2007-2008 financial crisis that rocked the United States. According to the Financial Crisis Inquiry Commission, they had sent the names of several individuals, executives, and banks, I believe about 24 in total, for the Department to seek prosecutions against. Now, not a single one of those individuals or organizations were ever brought to court. Nobody ever spent a single second in a jail cell, and the American public remained ripped off.

Elizabeth Warren wants answers as to why this happened. At least nine executives that Warren’s staff found were implicated in illegal activities that directly led to the crash of 2007-2008, and she wants answers as to why none of those nine banking executives ever faced prosecution by this Obama Department of Justice. She’s absolutely right. We deserve answers as a public. These banks ripped off the American consumers and our economy by more than one trillion dollars. That includes billions of dollars in direct money stolen from United States citizens. Yes, people should have gone to jail. There is ample evidence. As Elizabeth Warren points out, and as all of the civil lawsuits have proven, there is ample evidence that these people engaged in illegal, criminal activity. That activity directly led not just to the financial crash, but to the lost incomes of countless American citizens.

What’s going to happen from here? Is the Department of Justice actually going to answer her letter? I sincerely hope they do, but I doubt that they will. The Obama administration has only a few months left in office and they’re not going to worry with something like this. Elizabeth Warren is absolutely right, and all of those people who called her a sellout after she endorsed Hillary Clinton when it was very clear that Bernie Sanders could no longer get enough delegates to win the nomination, she has not sold out. She is still there fighting for American consumers, and demanding accountability from the Obama administration. That is exactly what she will continue to do if Hillary Clinton wins this election. This is the kind of person that we need in the Senate. It’s the kind of person that we needed in the White House, but unfortunately Elizabeth Warren did not run.

Let’s hope that her letter and her demand for answers actually gets answered. Beyond Elizabeth Warren, the American public absolutely wants to know why the Obama administration and their Department of Justice decided to completely ignore the FCIC’s recommendation for prosecution against these 24 bankers and organizations.