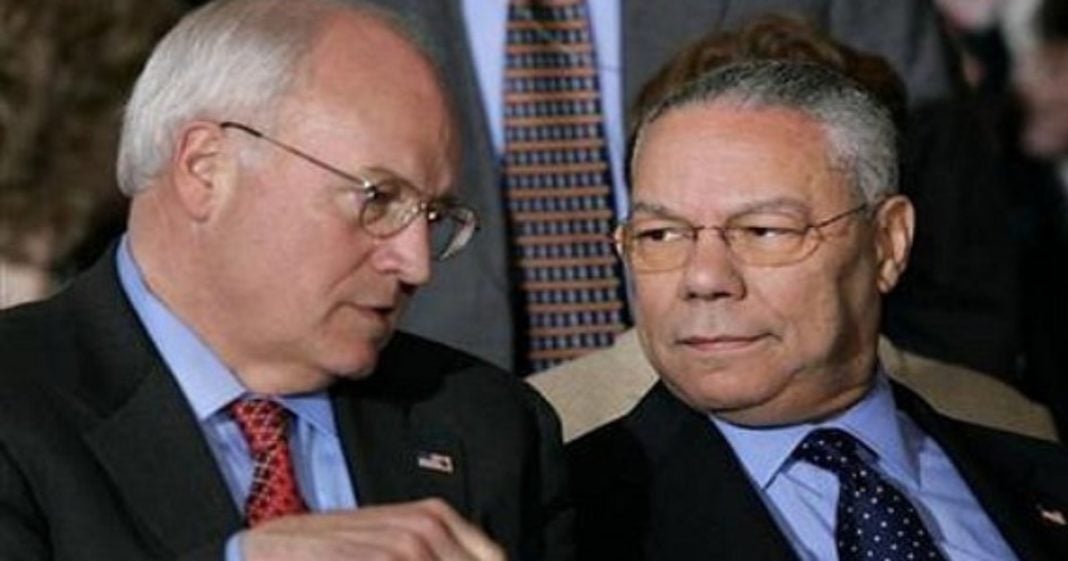 Colin Powell has been all over headlines the last couple of days since anonymous hacker Guccifer 2.0 released a slew of Powell’s emails which exposed his private opinions about several different politicians including Hillary and Bill Clinton.

Though the former secretary of state is most being noticed for his comments about Clinton, she wasn’t the only presidential candidate to have been the object of his scrutiny. Powell also lashed out at Dick Cheney and his daughter Liz, co-writers of a foreign policy book which was especially critical of President Obama.

Cheney had this to say about the authors of Exceptional: Why the World Needs a Powerful America:

“They are idiots and spent force peddling a book that ain’t going nowhere.”

The release of these emails belonging to Powell is an interesting move by the hacker which has previously seemed to make calculated releases. Though some entertaining tidbits have been found in this leak (“Dicking bimbos” comes to mind), we haven’t really learned anything valuable enough to warrant the violation of this public figure. This is especially true because the leak also reveals Powell’s critical view of Trump who he insults repeatedly.

And as for the idea that the Russians are behind these leaks, what could they stand to gain from such trivial revelations?

You can read more about this story at BuzzFeed News.