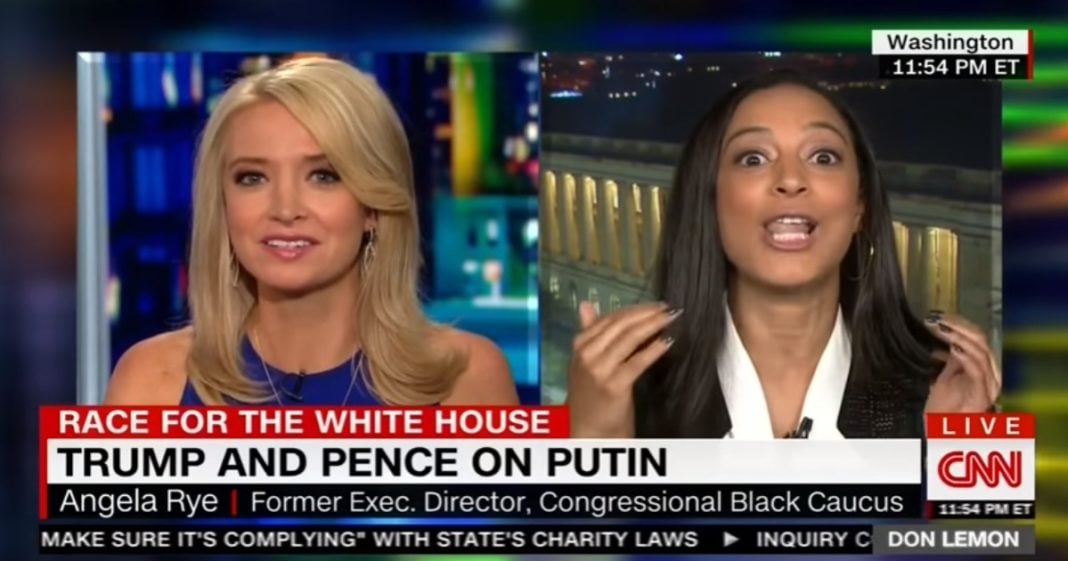 We all know the phrase “facts have a well-known liberal bias.” Though Republicans are loathe to admit that it is true, it is so often the case that when cold, hard facts are brought into a political discussion, things tend to go much better for liberals.

We only need to look at the 2016 election to see proof of this phenomenon: despite the fact that Donald Trump continues to lie and mislead his base, they remain committed to him. So committed in fact, that months ago, Trump declared that he could commit murder in the open and not lose one vote. That’s a dangerous loyalty that we must all be cautious of.

In a loving rivalry, CNN political commentator Kayleigh McEnany and Angela Rye have gone head-to-head again and again on topics pertaining to Donald Trump with McEnany tirelessly defending the candidate while Rye calls Trump out on his racism and hatred.

During one such discussion on Tuesday, McEnany was forced to grapple with the aforementioned phrase when she accused CNN of hosting “liberal fact-checkers” who were unreliable.

“Kayleigh, I love you dearly. You cannot continue to say that Democrats resist facts. Like, that is laughable. Your candidate is actually allergic to facts. Allergic to facts. There’s a CNN pie chart that they just put out where Trump’s pie chart is two thirds false or mostly false for all the words that come out of his mouth.”

Not to be distracted by pesky facts, McEnany replied,

Ah yes, those pesky liberals who check the facts – y’know, those things that are true or false no matter who is biased against them?