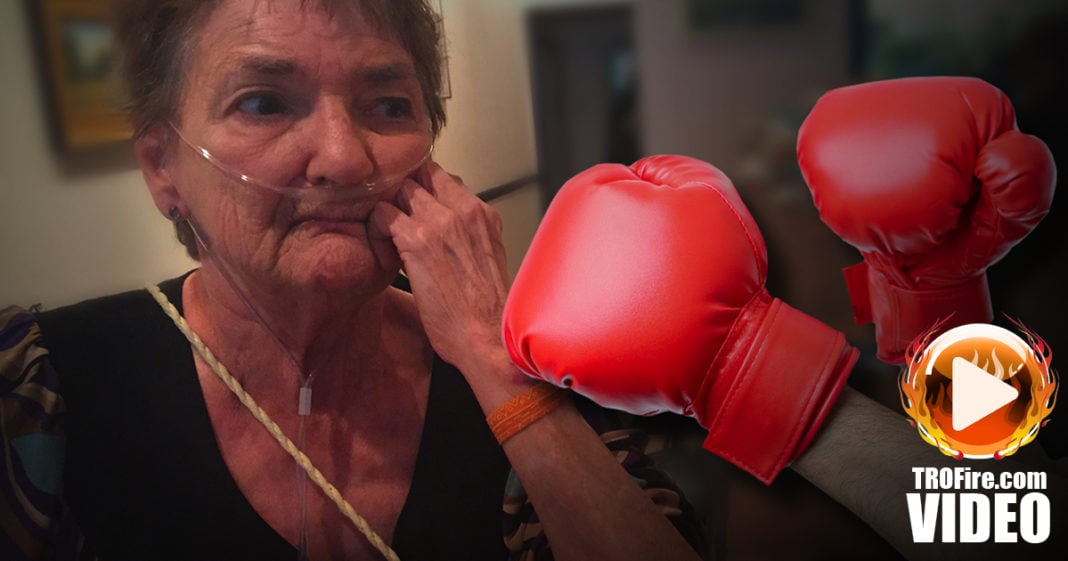 The “basket of deplorables” was on full display at a Donald Trump rally this week when a Trump supporter decided to punch a protestor in the face. The protestor just happened to be a 69 year-old woman with an oxygen tank. The Ring of Fire’s Farron Cousins discusses this.

Trump supporters last week really, really angered by Hillary Clinton’s basket of deplorable comments. Donald Trump has already turned that comment, the video clip of it, into an ad that is currently running all over the country, but here’s the thing. Hillary Clinton was exactly right, and if you don’t believe it, if you don’t believe all the statistics that show how horrible Trump supporters really are, then let’s look at what happened yesterday in North Carolina. At a Donald Trump rally, a Trump supporter was getting heckled by some protesters, so he decides to turn around, punch one of ’em right in the face. It just happens that the person he punched was a 69-year-old woman who was on an oxygen tank. She was among the protesters. She was there protesting, and when asked why at her age she was even protesting, she said, “Because these things hurt my heart. It angers me to see this happening to this country.” She has been a lifelong protester. The woman’s name is Shirley Teeter, I believe it’s pronounced.

She was punched in the face by some Trump supporter, a man. A man turned around and punched a 69-year-old woman on an oxygen tank in the face. She did go to the hospital. She’s got a couple bruises. Her jaw hurt. Her ribs are hurt. Nothing’s broken, luckily. A warrant has been issued for this man’s arrest, but this incident in North Carolina is exactly what Hillary Clinton was talking about, and furthermore, it is exactly what Donald Trump himself had called for in the past. Remember that time when Donald Trump said, “Hey, I want you guys to just knock the crap out of Hillary Clinton supporters”? This guy literally did that, so maybe a skilled prosecutor can come up with some charges against Trump for inciting this violence. He literally said to do the thing. This guy did the thing on Trump’s advice, so let’s have somebody go arrest Donald Trump too for inciting this kind of horribleness. A 69-year-old woman on an oxygen tank punched in the face by a Donald Trump supporter. Ladies and gentlemen, this is your 2016 election.