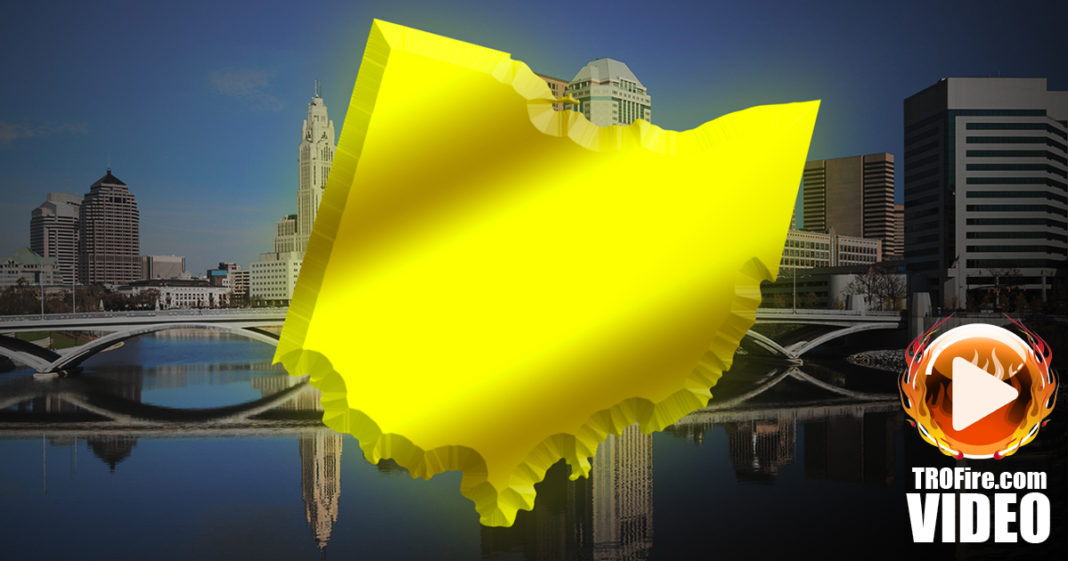 The Supreme Court has decided that they will not be restoring Ohio’s “Golden Week” – an early voting period of 6 days that allows people to register to vote and cast a ballot for president on the same day. The Ring of Fire’s Farron Cousins discusses this.

Earlier this week the United States Supreme Court refused to grant extension or renewal of Ohio’s Golden Week voting period. Now this is a period of early voting and registration that allows people to register to vote and go ahead and cast an early ballot on the same day. This Golden week as they call it was eliminated before the 2014 elections and democratic groups had sued the state in order to get this week reinstated as it was vital for the registration and voting of African-Americans in the state of Ohio. They argued and were able to successfully prove that eliminating this week effectively eliminated too many African-Americans, disproportionately African-Americans from being able to register to vote and vote. The lower court agreed. Lower court found that yes, this law does have the effect of disproportionately affecting African-American voters. The appeals court said no it doesn’t and the Supreme Court also said no it does not, we’re going to continue to run without Golden week in Ohio.

Now, it was split 4 to 4 so the lower court ruling stands. Had they had that fifth justice on the court this would have gone the other way and this is why Republicans want to continue to hold up the nomination of Merrick Garland so that they can maybe occasionally get a ruling like this and that is exactly what happened. If Merrick Garland was sitting on that Supreme Court yesterday, Ohio’s Golden week would’ve absolutely been restored but here’s the big question, why in this country are we still trying to make it harder for people to vote? You’re more likely to be struck by lightning 2 or 3 times than to find actual in person voting fraud in the United States and voting fraud is the big bogeyman the Republicans use to justify all these racist laws that they are putting into place.

Yeah, I know you can say that oh well, they’re doing it because they want to win elections and that is true but why is there not a bigger outrage from the progressive community? Why are the Democrats, the Democratic Party not standing up in unison and fighting back? We do have people in Washington that are trying to fight this. Bernie Sanders is one of them, Hillary Clinton is one of them but they can’t do it on their own. They need every person and some people just okay, I don’t live in Ohio, why should I care what they do with early voting? I don’t live in North Carolina, why should I care that their early voting was cut down? Well because you may not live there, you may not be African-American, you may be a middle-aged, middle-class white guy who never has any problem voting but that doesn’t mean that you shouldn’t care about the rights of everyone else.

It means that you have to go out there and fight even harder. Help these people, give them a louder voice because the people that get elected from those states are still making laws in Washington that are going to affect you, so yes when early voting is cut in Ohio and black people aren’t allowed to vote, yeah that does affect you everywhere, everyone. We’re all affected by the fact that Republicans are making it harder and harder and especially now with the help of the Supreme Court for African-Americans, Latinos, Hispanics, everyone they’re making it harder for them to vote and that affects everyone in this country and until we all understand that it’s going to keep happening.