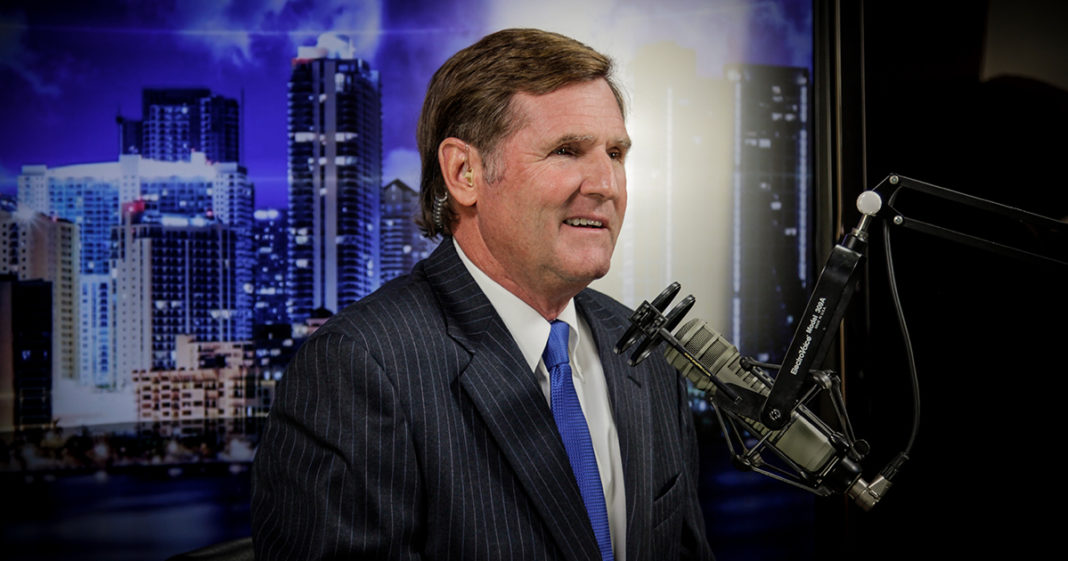 Attorney and author Mike Papantonio’s new legal thriller Law and Disorder officially releases next week, and he joins Cliff Schecter to discuss the ins-and-outs of the story and how it relates to the most important political and legal stories happening around us every day.

Order Law and Disorder today via Amazon or Barnes and Noble!

Cliff: In this very, very normal political year, where nothing strange is happening at all, you decided that you would write a fantastic book, which I am lucky enough to be reading through right now. In the end I think what you’re doing in your book is somewhat more plausible than what we’re actually all living through right now.

Mike: Yeah, Law and Disorder, Cliff, I wrote for a lot of reasons. One of them is, as you know, you and I have been doing media together for 17 years on and off. In there you learn all the political stories and you learn all the political back stories. Law and Disorder is a thriller, it’s a legal thriller, and what it does is it takes all those parts and it weaves into like the headlines, the news feed of the day day, ties it into a story. It’s the same news feed we’ve always heard about. It’s corporate America gone crazy. It is controlled by the oligarchs in the US, it has all those parts, but it’s weaved into a thriller.

Cliff: Yeah. Obviously they say write about what you know, so obviously I’ve seen looking through it some of the similarities, Nicholas Deketomis, who has a bit of a name, one could say a Greek sounding name like yours.

This part I know, tough minded lawyer from Florida, Pensacola area, who takes on corporations and really isn’t scared of anyone. That to me sounds a lot like you.

Mike: The cases in there, Cliff, they are, they’re true. The cases that are talked about, they’ve been made into as I say a thriller with a murder involved, but you know it’s impossible to write a novel and not have some parts of yourself involved.

Mike: The main characters though, Cliff, are really a composite of some of the best trial lawyers that I’ve worked with over the last 35 years, that have handled … These aren’t lawyers who handle single event auto cases, these are lawyers who handle the biggest mass tort cases, the biggest criminal defense cases in the country. That’s kind of the composite of this, of Nicholas Deketomis, and the rest of the characters are somewhat composites as well. I think the main reason, the reason I think it’s an unusual novel is that you get to sit on a beach and read a story that hopefully keeps you entertained and it keeps the pages turning, but when you come away you say “Well I really didn’t know that about the Coke brothers”, “I really didn’t know that about the pharmaceutical industry”, “I had no idea that the FDA was so dysfunctional”, “I had no idea that the EPA was so dysfunctional.” Or the justice system, “I had no idea that it’s been so packed with conservative right wing judges for the last 30 years.”

Cliff: I hope you didn’t take that the wrong way. My only point was, you know this territory. I’ve worked with you, I’ve been on your political show. I’ve worked with you through some work with the National Trial Lawyers, an organization you’re the president of, when it comes to trial law and comes to taking on big companies, when it comes to any political issue of the day, what’s going on in anywhere from Congress to Tallahassee, this is your area.

Let me compliment you for a second, I tend to like books that combine some of these various elements. There’s thrillers, but if you love the political world and the legal world, in a way it reminds me that way of some of the things what John Grisham has done. You know when you read him he served in the Mississippi State House, he’s a guy that’s a lawyer, and so he knows the world of politics, he knows the world of law, and so he knows what he’s talking about. He brings in these characters that you might believe are larger than life but then you see when you go out and you live life as we have in this world, I think everybody is getting a case of it with Donald Trump, you see that these types of characters, be they good or nefarious, they’re out there. That’s what I find that you do in this book also.

Cliff: Which I think makes it really fascinating.

Mike: Well thank you, Cliff. It’s a series of three books. The idea is, listen, if any of those stories that were told in there, and by the way they’re all true except for the murder part, but if I were to call NBC or CBS today and say

They would say “No we can’t do the story because our advertisers won’t let us”.

That’s propaganda media, so propaganda media has over taken corporate media. These stories that I’ll be talking about in these books are all true. They are actually cases that I have handled and friends of mine have handled, and the truth is when you read them you go my God, that can’t be true. Well they are true, and the problem is corporate media will not tell them because you have some cat on the 50th floor with an MBA saying you may not tell this story because we’ll lose an advertiser if you do that. It’s the state of modern media right now, Cliff. You have to get at them. The way that you get at them, you go after them through social media, very effectively. This is another iteration of that. How do you tell the stories in a way that people might actually hear it and remember it and do something about it?

Cliff: Yeah. That’s what I’ve always loved, you’ve never backed down, and like some of the guys who I’ve met at these conferences you throw through the National Trial Lawyers, you’re willing to stand up and take on some of these guys who have these corporations. That is a very interesting thing that you bring up here, we’re all watching it with this presidential election right now. In a little bit we can talk somewhat about that too, but when you see that it’s not just about which candidate or whatever, it’s how much they choose to cover a particular story, or not cover it.

Cliff: Or ignore it

Cliff: You’ve been on these, a movie like The Insider. This reminds me of that, too. You’re trying to tell a story about tobacco and corporate goes to the news people, 60 Minutes and says “Uh uh, we can’t risk a lawsuit, we don’t want to lose the advertising”, and again, you see it again and again. You’ve been involved as you said, in these pharmaceutical cases, tobacco, oil, God knows how many others. This seems to be a real problem in our democracy right now. There are just certain stories, at least in the biggest networks, cannot be told.

Mike: Yeah. It’s unfortunate because I don’t see any change taking place. When you did your book on McCain I thought it was interesting that you did take a little bit of a take on how difficult it was to get the real story about John McCain out there. Your book did that, but before your book, nobody knew those stories. The problem is social media, or radio programs just like this, it’s gotten to the point where you have millennials that have so much faith in this alternative media. They have so much faith in it and they should. They should have faith in it because they realize that corporate media is no longer anything, it’s unrecognizable as journalism.

In 1985 there were I think 55, almost 60, independent news organizations that delivered the magazines and newspapers, and radio and television. Today there are four. Arguably, in a perfect world you could say there are five. All of that becomes the clearing house for every bit of information that people read. Grisham, as you pointed out, tells stories hopefully the same way that I told stories here, that you read and you go “My God, I can’t believe the justice system is in that bad of shape, I can’t believe that this regulator actually did that, I can’t believe that politics and government made a trade off for consumers lives in exchange for money”. All of those things are part of Law and Disorder and they’ll be part of the second and the third book as well, where these characters are rounded out even more and new stories are told.

Order Law and Disorder today via Amazon or Barnes and Noble! 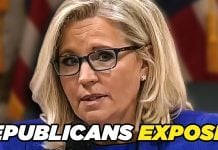