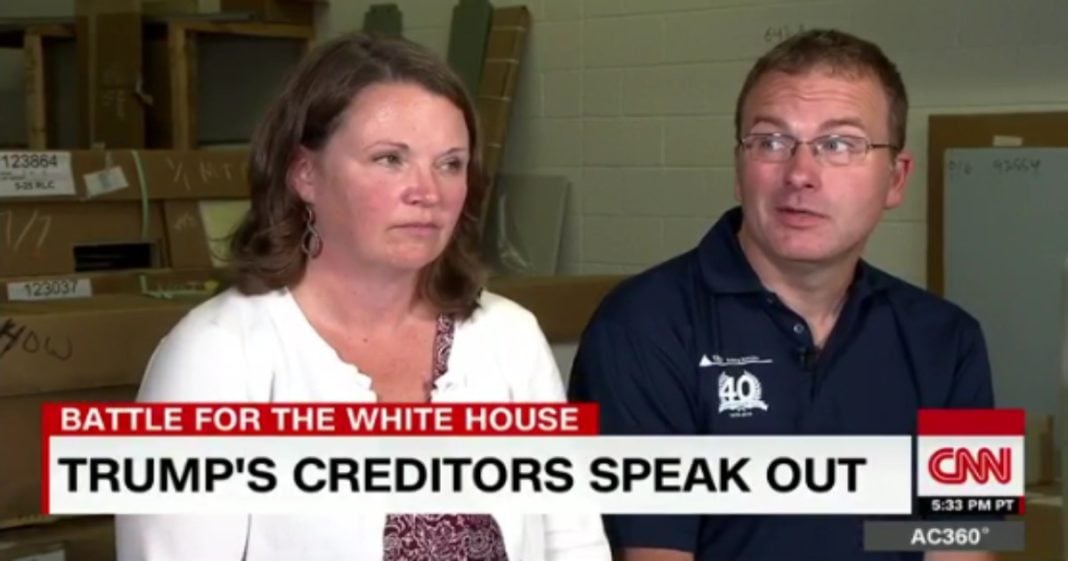 We have all no doubt heard the multitude of times when Donald Trump used his record as a successful businessman to boost public view of the real estate mogul as a possible presidential candidate.

Talking to Trump supporters will show you that a great deal of them admire Trump most for his business savvy and believe that he can bring that same success to the U.S. as a whole.

But despite uncovering several shady dealings, and despite his many bankruptcies and failed businesses (Trump Vodka, anyone?), many blue-collar workers continue to unite behind him.

But what if those same supporters saw a group of regular, hard-working Americans who were willing to share their stories of being screwed over and manipulated by businessman Trump, so much so that they were completely unable to find work after working with him.

Would they think twice about the successful man they’re backing? Would they see a bit of themselves in the faces of American workers Trump has betrayed?

On Anderson Cooper 360° on Tuesday, we got to see these people; regular Americans who felt scammed and taken advantage of by Trump. When you hear the man brag about how he completed countless projects “under budget,” that’s likely because of people like this, and the livelihoods Trump put in jeopardy.

Watch, and share respectfully with a Trump supporter. It’s the only way we can make them realize what a crook their candidate really is.

Donald Trump often brags about his business record, but some small business owners say his tactics cost them. https://t.co/tZMS6nRFwI