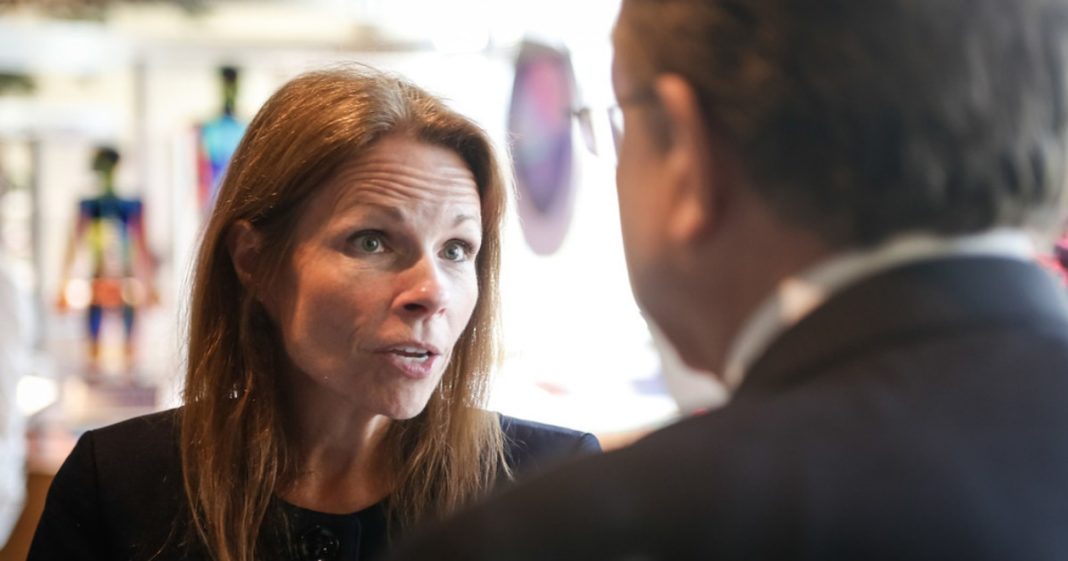 Following in the reluctant footsteps of North Carolina governor Pay McCrory, N.C. state senator Tamara Barringer is finding that her strong support for the now-infamous “bathroom bill,” is translating into low, low, polling numbers for her re-election bid.

When North Carolina’s anti-trans “bathroom bill” began making headlines, no one could have guessed that those who supported it would feel the karma from that decision so soon.

Despite inadvertently starting a national conversation about gender identity and transgender equality, McCrory and others are learning that their constituents are more unhappy about the discriminatory bill than they previously believed, and that is translating directly to their polling numbers.

In fact, things are looking so bleak for Barringer that she pulled a politically convenient 180 and has began demanding that the bill be repealed. Her Democratic opponent called Barringer out on her opportunistic ways.

Barringer claims that she did not realize the global consequences of HB-2, and considering that her district alone is set to lose $2 million this year as a direct consequence of the bill, it is no surprise.

The campaign manager to Barringer’s Democratic opponent Susan Evans had this to say about the flip-flop:

“A vote is a vote. When she voted for HB2 in March, Sen. Barringer knew what she was doing. Only now that she’s in danger of losing her seat does she waffle. Her latest change of mind is certainly not a change of heart. It’s a purely political move designed to make voters forget that she is responsible for the loss of jobs and millions of dollars in economic investment in her district.”

Likely, Barringer will remain the only Republican calling for this repeal, but voters in North Carolina should never forget that she stood firmly on the wrong side of history in this issue, despite what she claims now.

Barringer, McCrory, and the other despicable Republicans who quietly passed HB-2 should be forever politically tied to that decision, for better or (hopefully) for worse.