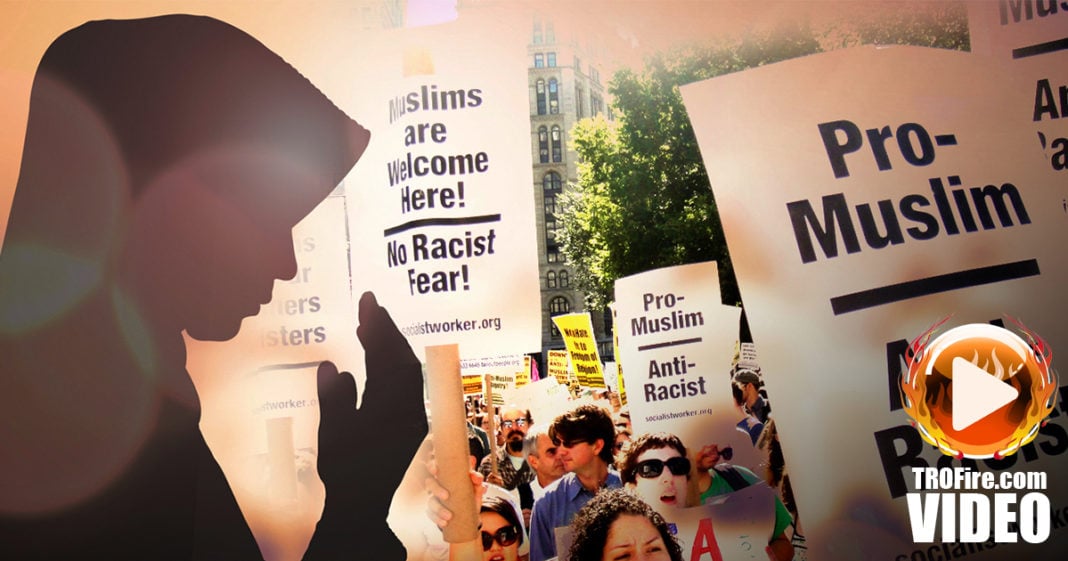 A 35 year-old Muslim tourist was set on fire while shopping in New York City this past Saturday, marking the 230th attack on Muslims so far in 2016. The Ring of Fire’s Farron Cousins discusses this.

This past Saturday, the day before the 9/11 anniversary, a muslim woman, 35 years old tourist, she is a dentist in Glasgow, she was shopping in New York City, looked down to notice that her sleeve had been set on fire. Now, she was wearing full religious attire at the time so it was very obvious that this woman was a practicing muslim and someone in that store decided to set her on fire. As she looked up, she did see a young man pull a lighter away from her shirt, stuff it in his pocket, and run out the store, so far the police do not have any leads.

There was no security footage, so we don’t necessarily know what this young man looks like but we do know that he specifically targeted this woman who was wearing muslim gab in a store the day before 9/11. Now, the woman was not seriously injured, it just caught her sleeve on fire, she was able to put it out but what’s interesting about this, interesting sad I should say, is the fact that this is the 230th attack on muslim people in the United States this year, either physically or verbally.

The past week we saw the fire at the mosque down in Orlando. We had a family of muslims in New York City once again last week that was attacked in what police are describing as a hate crime. The attacks against muslims this year, again 230 documented by the Huffington Post, is getting sickening. Donald Trump is out there telling us that muslims are terrorists, ISIS they’re terrorist, but if you want to see what terrorism really looks like, look here in the United States. When people are afraid to go out and go shopping in public because of what they believe, they have been terrorized.

when they go out to go shopping or anything with their kids to go site-seeing and they get physically assaulted, that’s terrorism. We are doing the same thing that we claim to be against. It is sickening and pathetic and it’s ironic because the Republicans don’t get it, they don’t understand. They don’t think it’s wrong and here we are 15 years since 9/11 and we haven’t learned any lessons at all. In fact we as a country have gotten worse. We have become more racist towards muslims and people of Middle Eastern descent. We are awful, we really are.

Things are so bad now, I don’t want to say that the terrorist have won but when you look around and you see evidence like this, the attacks against muslims increasing, that is exactly what they wanted. That is specifically what they had hoped would happen to help spread the anti-United States sentiment across the globe, and it’s working. It’s because of people like Donald Trump. It’s because of people like Mike Pence and Ann Coulter and all of the other Republicans and the Fox News idiots, who are out there pushing this anti-muslim rhetoric that is leading to violence and it has to be stopped. If we don’t, then we really are no better than ISIS.