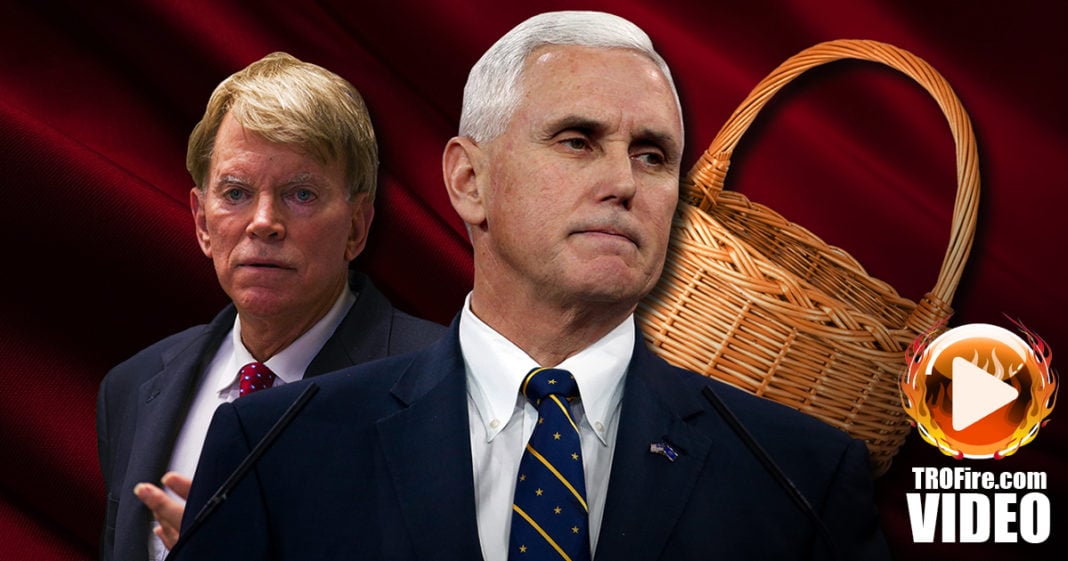 Mike Pence isn’t happy about Hillary Clinton’s “basket of deplorables” remark, but he doesn’t want to hurt David Duke’s feelings by saying that he might actually belong in that basket. The Ring of Fire’s Farron Cousins discusses this.

Mike Pence, Donald Trump’s running mate in the vice presidential slot, went on CNN yesterday afternoon to talk about Hillary Clinton’s deplorable comment about Donald Trump’s basket of deplorables. Wolf Blitzer actually asked Mike Pence if he was willing to put David Duke, the former Grand Wizard of the KKK, into that basket of deplorables. After all, David Duke is an ardent Donald Trump supporter, even though several times, begrudgingly, Donald Trump has said that he doesn’t necessarily want his support. Mike Pence to Wolf Blitzer refused to call David Duke, former Grand Wizard of the KKK, deplorable. Mike Pence says he doesn’t want to get involved in all the name calling. Yeah, I don’t want a part of that. I don’t want to call this guy deplorable.

You know why? Because Mike Pence doesn’t think that David Duke, the racist, the white supremacist, is deplorable. Hell, if there wasn’t a spotlight on him right now, the two would probably be having lunch together somewhere. This is what Republicans believe. Not all of ’em, but a lot of ’em. Probably enough to, I don’t know, fill a basket. That is what Mike Pence is. Mike Pence doesn’t want to call out anybody in that basket of deplorables, because he’s sitting in there with them. He doesn’t want things to get awkward. They’re right next to each other. They’re buddies. They got to stay in there together for a while.

Same thing with Donald Trump. There is nothing wrong with calling someone who is openly racist and ran an organization that advocates violence against African Americans, there is nothing wrong with calling that person deplorable, or saying that they’re a bad human being, because they are. If it’s true, sorry. The truth can hurt sometimes, but you got to call it as it is. Mike Pence’s refusal to call David Duke a deplorable person just shows that Mike Pence is right there in that basket of deplorables, probably sitting in between David Duke and Donald Trump.