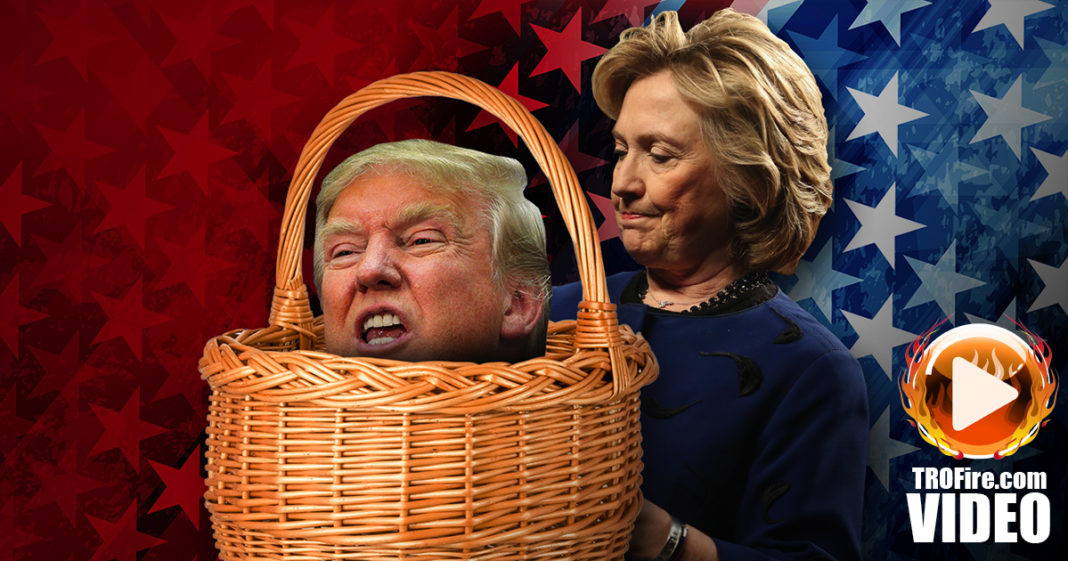 Hillary Clinton has taken heat for calling Donald Trump supporters a “basket of deplorables,” but the data shows that his voters truly are the worst of the worst. The Ring of Fire’s Farron Cousins discusses this.

This past weekend, Hillary Clinton took a lot of heat for a comment that she made about Donald Trump supporters when she referred to about half of them as being part of what she called a basket of deplorables. Politically speaking, bad move by Hillary Clinton. Factually speaking, could not have been more accurate. First of all, the quote, as usual, was pretty much taken out of context, because when she was talking about the basket of deplorables, she mentioned that these were the racists, the bigots, the homophobes, the sexists, the misogynists. She did list the kind of people she was talking about, and yes, those kinds of people are absolutely abhorrent. Then she talked about the other basket that’s not filled with racists and horrible people, just people who are fed up with being taken advantage of by corporations, by the government, the anti-establishment folks that are not violent. They’re not horrible. They’re just people who want to see some change. That’s the part that got left out.

When you look at the facts, and I know she’s come out and apologized for this, I really wish she hadn’t. This was strong statement. It was a true statement, and she should’ve stood by it. When you look at the facts, and you look at who supports Donald Trump, you see that Hillary Clinton was absolutely right. Look at this, 65% of Donald Trump supporters think that President Barrack Obama is a Muslim. Fifty-nine percent believe that he was not born in the United State. Thirty-one percent say that we should ban homosexuals from entering the United States. Sixteen percent believe that whites are a superior race. Those are the people that support Donald Trump.

The New York Times goes a step further and lists out the other folks. Eighty percent of likely Trump voters supported Trump’s supposed ban on Muslims. Sixty-two percent supported creating a national database of Muslims, and 40% supported shutting down mosques in the United States. Thirty-eight percent said they wished the South had won the Civil War. Thirty-three percent thought the practice of Islam should be illegal in the United States. Thirty-two percent supported the policy of Japanese internment during World War II. These are Donald Trump supporters. They are white supremacists who do believe that white is a superior race and that anyone who is not a heterosexual white man, needs to be controlled somehow by the government, perhaps not allowed in this country, perhaps not allowed to practice their religion, or maybe we just round them up, put them in special places where nobody can see, touch, or hear them. That is what Donald Trump supporters believe.

They truly are a basket of deplorables. At this point it’s really not even a basket, it’s more of a huge, giant, container, maybe several baskets. That’s the only problem I have with Hillary Clinton making this statement is that she didn’t go big enough. Donald Trump supporters are absolutely disgusting. Again, probably a not a good political move by Hillary to say this, but that doesn’t make her statement not true.