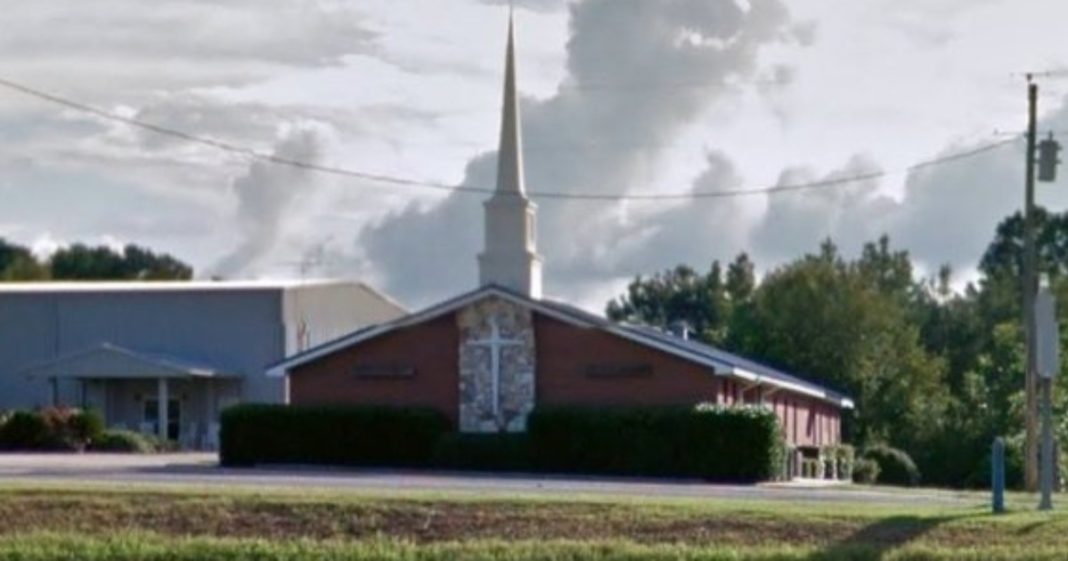 Every time I write a story about some backwoods hick religious freak, it feels like I am filling out the same old Mad Libs page with a few new nouns and adjectives.

This time, the angry religious leader saying the hateful thing is Alabama Pastor Allen Joyner who declared during a high school football game this weekend that those who refuse to stand for the pledge of allegiance should be shot.

“If you don’t want to stand for the National Anthem, you can line up over there by the fence and let our military personnel take a few shots AT you since they’re taking shots FOR you.”

According to the now-deleted Facebook post of an attendee who reported the words of the pastor in McKenzie, Alabama, the crowd in attendance went wild at his threatening remarks.

Though the crowd might have (mostly) approved, the school board was forced to denounce the remarks made.

“Patriotism should be a part of school events but threats of shooting people who aren’t patriotic, even in jest, have no place at a school. Threats of violence are a violation of school policy and certainly not condoned by the school board.”

Joyner’s church defended his remarks using the infamous right-wing talking point that his comments were taken out of context – yeah, I bet.

Right-wing America: Where you had better appreciate your freedom or they’ll take it right away!