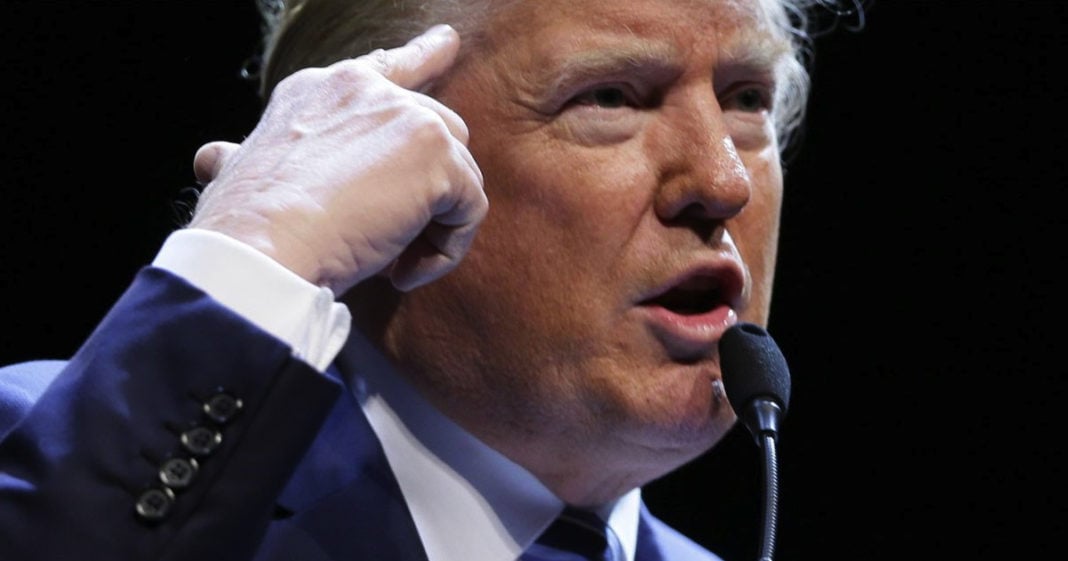 After the collapse of the World Trade Center just 15 years ago, the federal government set up a relief fund for small businesses in the area that had been affected by 9/11. That relief fund was administered by the Empire State Development Corporation, an agency funded by the State of New York.

It’s difficult to imagine any of Donald Trump’s businesses in Manhattan as being “small.” And even if his property located at 40 Wall Street did qualify as a small business, surely someone with a net worth of $10 billion (as he was reported having at the time) wouldn’t need federal help in the wake of such a disaster.

Yet, of that $530 million relief fund, Trump received $150,000. He’s taken some heat from it; on the eve of last summer’s Democratic Convention, Representative Joseph Crowley of New York accused Trump of “cashing in” on the tragedy.

At the time, Rep. Crowley said: “He cashed in, collecting $150,000 in federal funds intended to help small businesses recover — even though days after the attack Trump said his properties were not affected.”

Earlier, Crowley’s colleague, Rep. Jerrold Nadler, who represents Lower Manhattan, also criticized Trump, accusing him of taking money “out of the pockets of small-business owners in New York who were truly hurting.”

It is true that Trump’s business did receive the funds. What is also true is that under the ESDC guidelines, Trump’s property at 40 Wall Street was eligible for the grant, since only 28 employees worked at that site. His was not the only business owned by a large corporation to receive funds.

While the Federal Government defines a “small business” as having no more than $6 million in annual revenues, the ESDC has a broader definition; other recipients included the Rockefeller Group, the Ford Motor Company, Dell Computers, and Morgan Stanley. Even the Bank of China received recovery funds.

In responding to Nadler’s accusations, Trump said: “The company received this small amount of money after qualifying, given the limited number of employees working at the property. For many months, I allowed people to stay in the building, use the building and store things in the building.” He added,

“I was happy to do it…to this day I am still being thanked for the many people I helped. The value of what I did was far greater than the money talked about.”

So…since Donald Trump obtained the money legally (even if he didn’t really need it), what is the problem?

According to ESDC records, Trump’s company applied for the grant in order to get compensation for  building repairs and rehabilitation as well as loss of income. Yet Trump himself admitted that his property had not sustained any damage.

David Catalfamo, who was an adviser to George Pataki, governor at the time, pointed out,  “It was not part of the program to give money away for the other ancillary stuff. The way the program worked was to help businesses cover for uninsured losses.” In fact, had Trump applied for the grant for the purposes he says he used it for, his application would have been rejected.

So far, Trump and his attorney have declined to answer questions about the application and his actual use of the grant money. Nor have they offered any explanations or clarification about who Trump assisted after 9/11 or what form of assistance was given. Oh – and he still refuses to release his tax returns, which might shed some light on the issue.