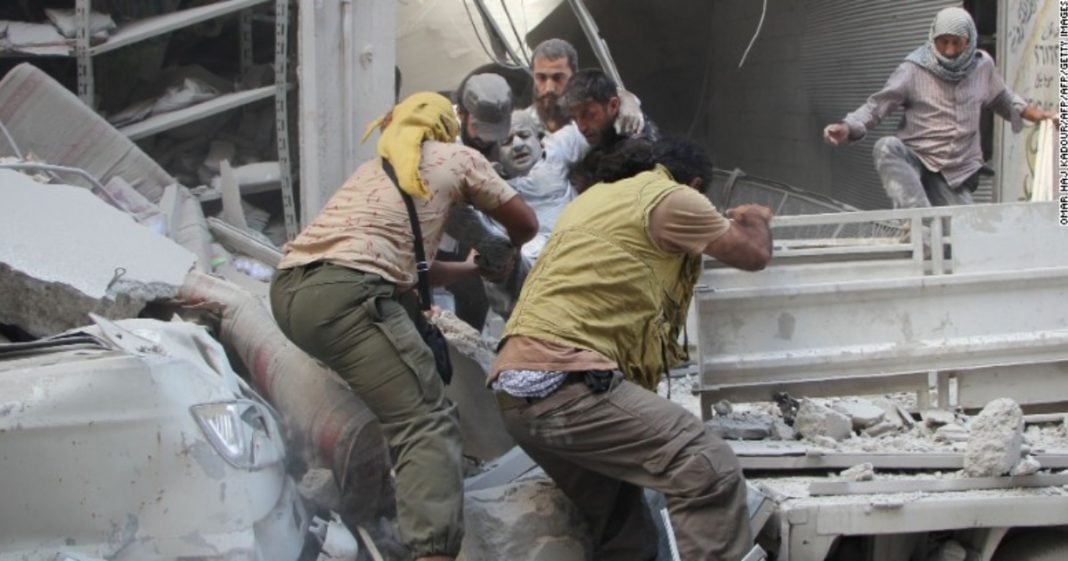 Just a day after Secretary of State John Kerry announced that the United States and Russian governments had come to an agreement on a limited cease-fire in war-torn Syria, a volley of airstrikes rained down on the nation, killing 90.

The cease-fire was set to begin on Monday at sundown, but it appears that Russia and other actors wanted to get in a bit more death and misery in before the sun went down.

Of the 90 killed, 28 were children, a common occurrence in these strikes which affect clusters of Syrian civilians who were unable to flee the nation.

One of the cities affected was Aleppo, the war-torn city made famous in recent weeks due to the tragic video of a shell-shocked toddler gone viral. Rebel-held areas in Idlib in the northwest of Syria were the site of the worst strikes over the weekend, with an attack targeted at a crowded market killing at least 61 and injuring over 100 more.

Unfortunately, this is not the first cease-fire of its kind negotiated between the American and Russian government. One such agreement was reached in February, but fell apart within weeks.

The cease-fire is set to go forward with the full support of the Syrian regime. If this cease-fire holds up, it will save hundreds of innocent lives, giving Syrians a chance to bury their dead and make arrangements to flee the country if able.