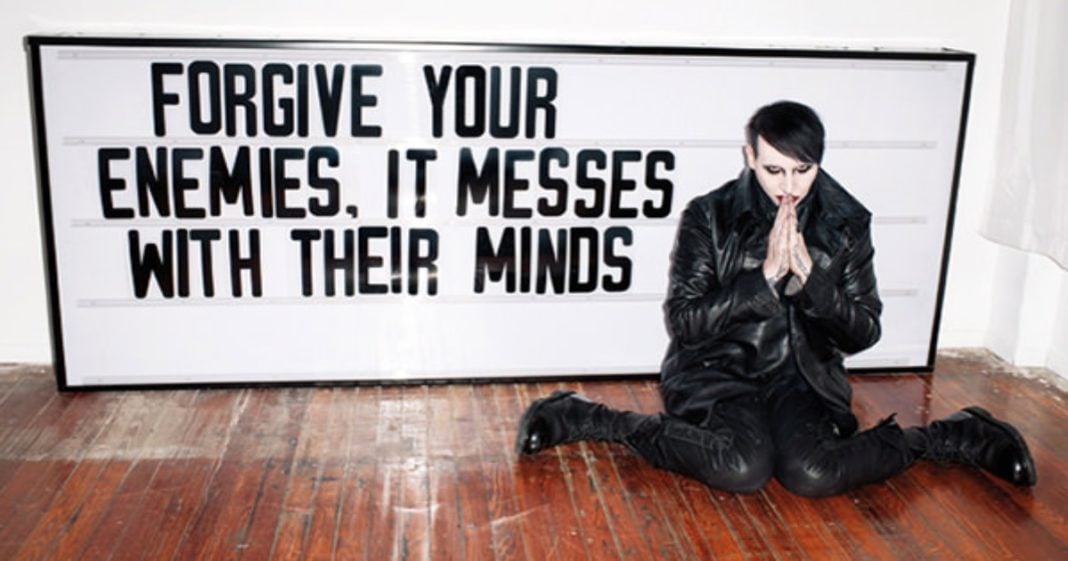 During an interview with The Daily Beast over the weekend, rock artist and controversial icon Marilyn Manson took a moment to express his glee over the seemingly unending controversy occurring at Fox News.

Manson explained his long-lasting adversarial relationship with Fox News, saying that they used their controversy involving him and Columbine to bolster their young network in the early days.

“Fox News was just starting up and Columbine was really their platform that launched them. They used me and I enjoyed going up against Bill O’Reilly. I remember being in their building and walking right past Shepard Smith, and he was the one who’d reported on Columbine inaccurately. He was the one saying [the shooters] were wearing Marilyn Manson makeup and shirts—which none of that was true—and I walked right past him and gave him the fuckin’ dead eye. And Bill O’Reilly was so ill-prepared, I loved handing him his ass. So yeah, it’s been fun watching them go down.”

One thing is for sure: Manson is a much more articulate and intelligent individual than any of the neanderthals on Fox.