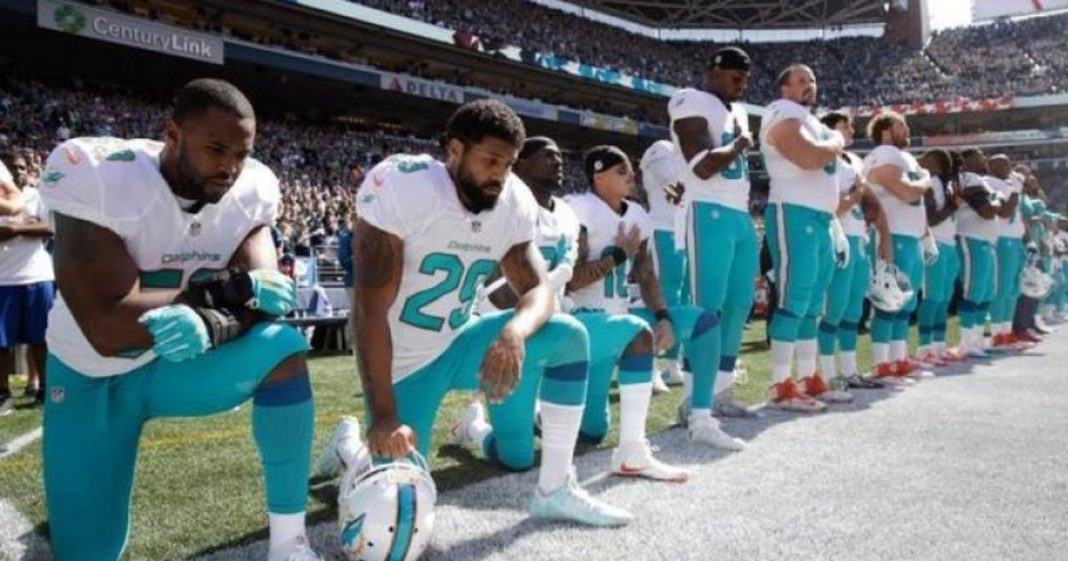 In a simple display of non-violent protest, NFL players across the country have joined Colin Kaepernick in his refusal to salute the flag during the National Anthem, a controversial action which seeks to draw attention to racially-motivated police brutality.

Though Kaepernick has been treated with outrage and fury over his simple protest, the growing support from others – including his fellow teammates – means that this display might eventually produce meaningful results.

On the 15th anniversary of 9/11, four African American Miami Dolphin players took a knee during the pledge, though two of the four still held their hands over their hearts. Arian Foster was the first to take a knee on the Seattle field, followed by Jelani Jenkins, Michael Thomas and Kenny Stills.

Interestingly, when Kaepernick first made his stand – by sitting – Foster was one of many players who said that they would not be following in his footsteps.

“I don’t necessarily see that as a solution to anything. This is me talking. This is Arian talking. If that’s what he felt, that’s his form of protest, I support his right to protest. Those are his thoughts, his opinions.”

The Dolphins issued a statement saying that they encourage all members of the organization to stand for the pledge but also recognize each person’s individual right to refrain from standing.