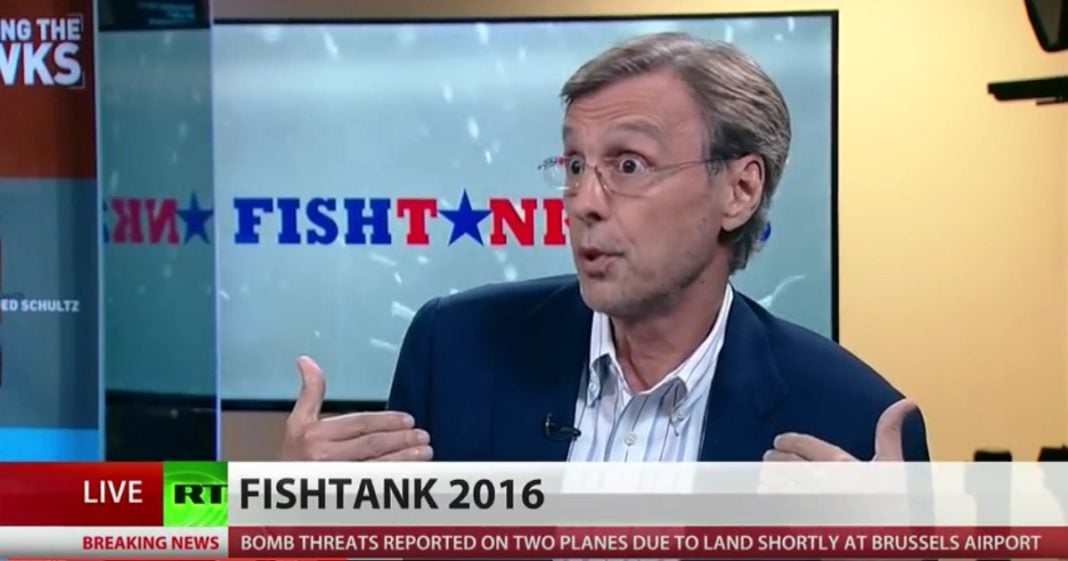 In the 2016 election, U.S. politics has had to contend with the Libertarian party gaining considerable support as an alternative to the main Republican and Democratic candidates.

Before his major gaffe this week, Johnson was confidently inching toward the necessary 15% needed to make it onto the debate stage. Though he will likely not reach that threshold, it is important that we take his candidacy seriously and take a closer look at the bones of the Libertarian party.

Progressive commentator Thom Hartmann did just that this week when he made an appearance on RT to discuss the origins of the Libertarian party and describe, in minute detail, the way that billionaires founded a party to scam the American people into saving the billionaires tax dollars.

According to Hartmann, it went like this: Billionaires like the Koch brothers created the Libertarian party under the false pretense of “socially liberal, fiscally conservative.” What this really meant was that the 1% was willing to give the plebs whatever social issue they most craved in exchange for the widespread privatization of every government program that took a penny from the rich at the top.

Honestly, it was genius. Now, we can’t tell who is in on the big secret and who has been fooled by the thinly veiled scheme, but it’s clear that the Libertarian party’s secret agenda is not going away anytime soon.