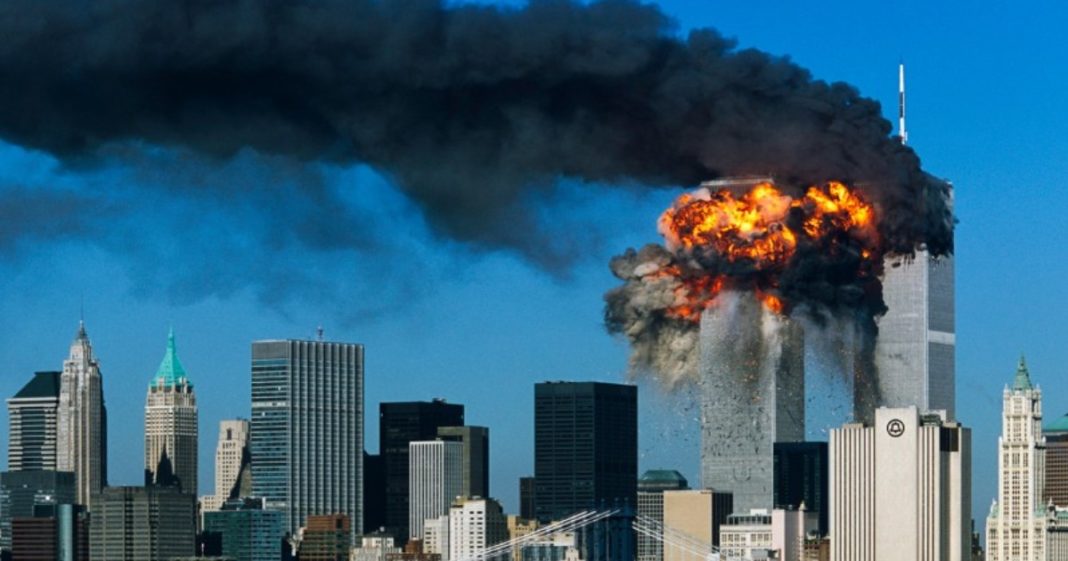 We all know all too well what happened in the United States 15 years ago today. As each anniversary of the 9/11 attacks pass, we remember those we lost and reflect on all the ways – big and small – that it changed the foundation of our nation forever.

You’ll no doubt see quite a few touching tributes and you may even catch clips of the towers falling again and again – it might still bring a tear to your eye as it does mine.

But let me show you another sort of clip from that fateful day 15 years ago. Let me show you a clip of the now-Republican nominee, just hours after the attacks, saying something that none of us should ever forget as we enter the voting booths in November.

Amid a conversation about the tragedy of the attack, Donald J. Trump, a long way from the presidential candidate of today, takes a moment to brag about his Manhattan Trump tower, noting that it is once again the tallest tower in the city.

Indeed, on September 11th, 2001, Donald Trump bragged that the falling of the towers meant that his Trump tower was the tallest in the New York skyline once more.