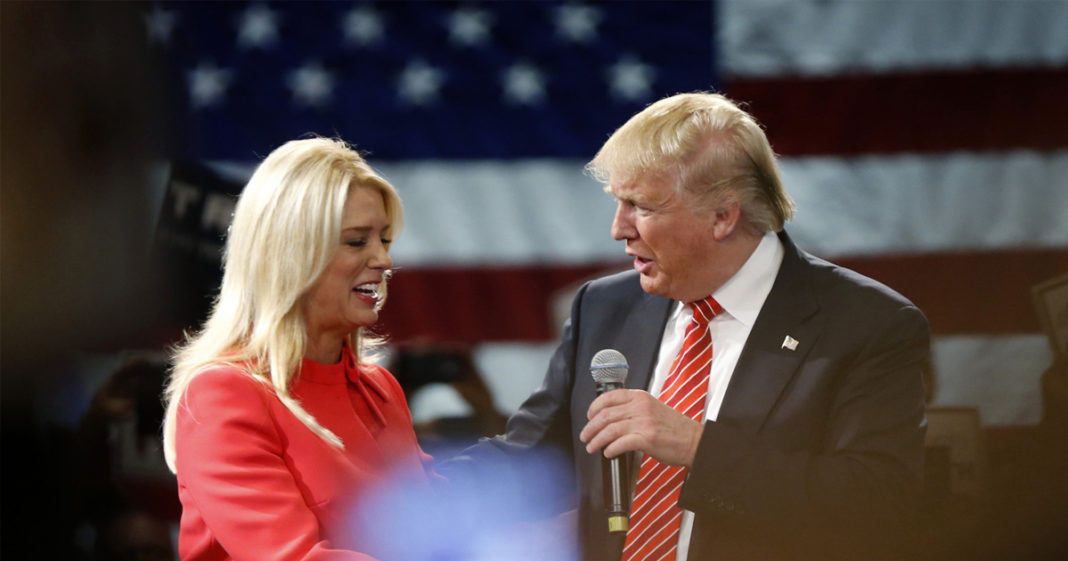 You know a political scandal has made it to the big leagues when it becomes subject of late-night talk show routines.

The slowly brewing scandal between Florida attorney general Pam Bondi and Donald Trump has been gaining steam this week and it culminated in a Stephen Colbert flyby on “The Late Show.”

Colbert noted that Bondi, who dropped an investigative case against Trump’s scam “school” in exchange for a questionable fundraiser held just days later, is likely the only one – besides Donald Trump – to come out of Trump University with more cash than they went in with.

“One thing’s for sure: Pam Bondi is the first person ever to make money from Trump University… other than Donald Trump.”