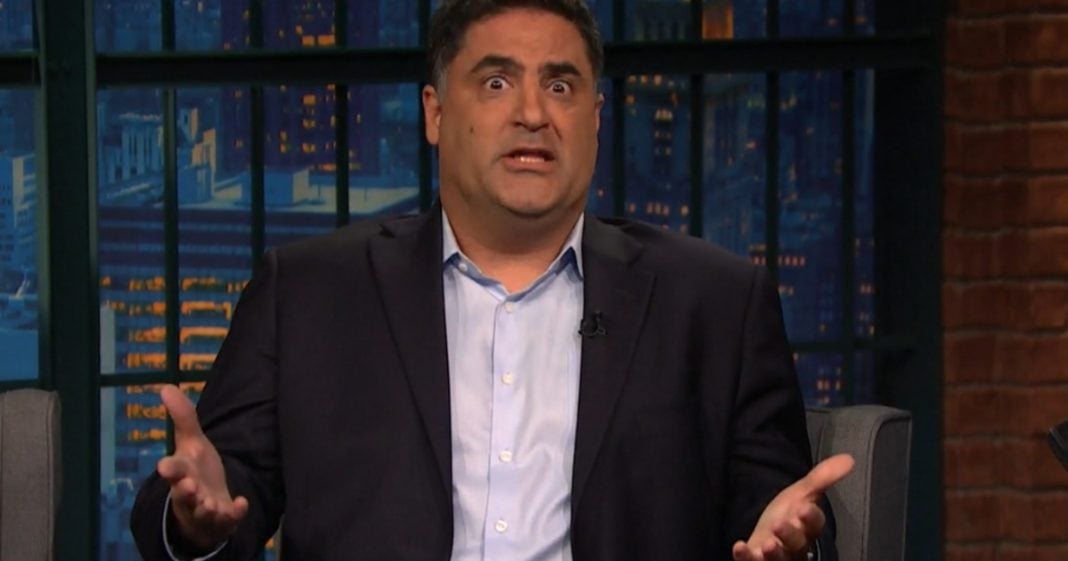 On Thursday night, the guy you’re used to seeing streaming live on “The Young Turks” on Youtube daily took a trip to corporate media to make an entertaining appearance on “Late Night with Seth Meyers.”

During his interview, Cenk Uygur talked about TYT’s new Fusion show, his own political history, and current politics. But the most entertaining portion of the interview had to be when Uygur shared a story about the time he enjoyed a private dinner with Bernie Sanders and his wife Jane in L.A.

“So we’re at a somewhat fancy Italian restaurant in L.A., and I’m like ‘I wonder what he’s gonna order,’ and I’m sittin’ right next to him and his wife is on the other side. And he looks at the menu . . . and he turns to her and goes ‘do they have spaghetti and meatballs?'”

Ugyur gives a pretty stellar Sanders impression and throws his hands up in the air.

“And she’s like ‘no honey, they don’t have spaghetti and meatballs. They have lasagna.’ He’s like ‘I’ll take the lasagna!'”

In a previous interview during the primaries, Bernie Sanders wolfed down a plate of spaghetti and meatballs, so clearly, he truly is a man of simple tastes.

Cenk’s Bernie story begins at around the 36-minute mark.