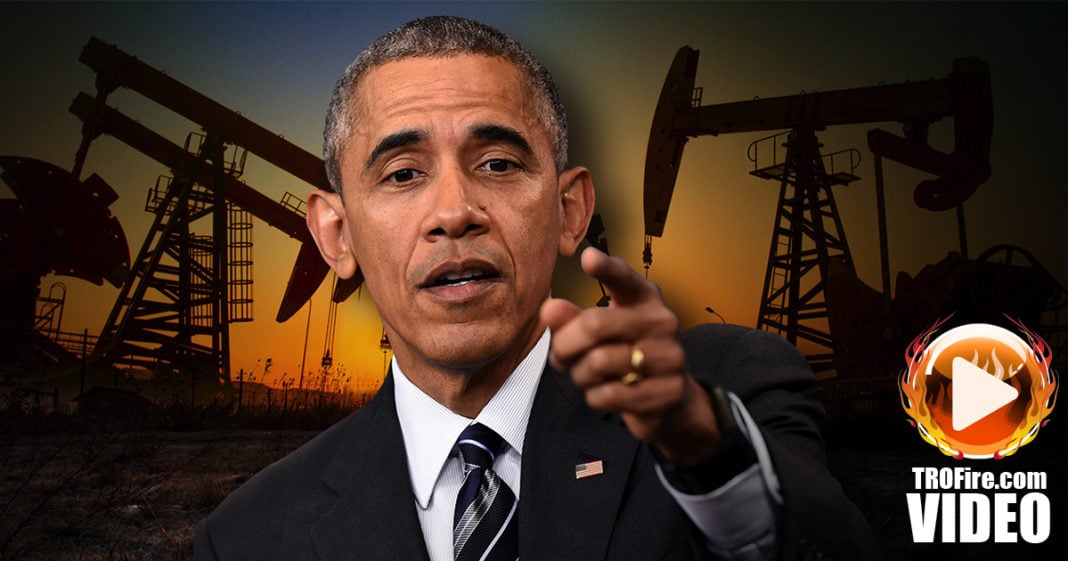 The New York Times has posted an interview on climate change with President Barack Obama, touting the President’s battle to protect the environment. What the article failed to mention was the fact that oil and gas drilling have reached new highs under this president, and CO2 emissions are rising faster than ever. The Ring of Fire’s Farron Cousins discusses this.

The article goes on to discuss Obama’s accomplishments, if you will, in the area of climate change. We had The Clean Power Plan and The Paris Climate Accords and that’s about it. For being a president who came into office talking about climate change, we have two things, two accomplishments in seven and a half years.

Here’s where the story gets a little murkier here and The New York Times talked about this briefly, but the republican obstruction in Washington, D.C. is responsible for a lot, not all but a lot of the inaction that we have seen on climate change. The majority of republicans representing the United States in Washington, D.C. do not accept the signs of climate change even though a majority of republican voters do.

We have that imbalance in there and those republicans have helped killed cap and trade, they’ve help reduce funding for the environmental protection agency, they’ve reduced other regulations, but this is what The New York Times leaves out, and this is what makes me so angry. Yeah, you can write off a lot of the inaction to republican obstruction. Again, not all but some, most, but how do you explain the fact that in the United States of America, under President Barrack Obama, oil and gas production in the United States has gone from about five million barrels of oil a day to almost nine million barrels of oil a day? Production of domestic oil and gas has nearly doubled since President Obama took office.

Now listen, I know President Obama is not out there personally doing this drilling. He’s not out there helping them man these rigs. He’s not doing the drilling. Maybe he didn’t even approve it, but he is the leader of the United States, therefore, what happens is on his watch. He could have stopped this. He could have done something about it because you know what, it is the administration that leaves us out new oil, gas, and coal leases for them to go out and exploit the environment. They’ve increased offshore drilling. They’ve increased domestic oil production. Fracking has increased by fifty percent under President Obama. That’s again, not okay.

Yeah, President Obama accomplished two things. One of them took the entire world to sign on, that was The Paris Climate Accord. The other one, The Clean Power Rule is actually being held up by republicans right now. Even if it went into effect the day that they passed it, a month later, the Obama administration leased out so many new coal extraction leases that it is enough the produce enough CO2 to completely negate any gains that would have been made under The Clean Power Rule. That is something that nobody, nobody in the media has ever discussed, but it’s all there in black and white if you want to go look at it.

This the problem, President Obama came into office and still to this day, obviously in this New York Times piece, he talks a big game on climate change, absolutely, but he really has accomplished nothing. The result of that is what we see happening all around this country right now, floods, droughts, snow storms, fires, earthquakes from fracking. The evidence is clear and the evidence is even more clear that the democratic party just like the republican party simply can’t be trusted on the issue of climate change.