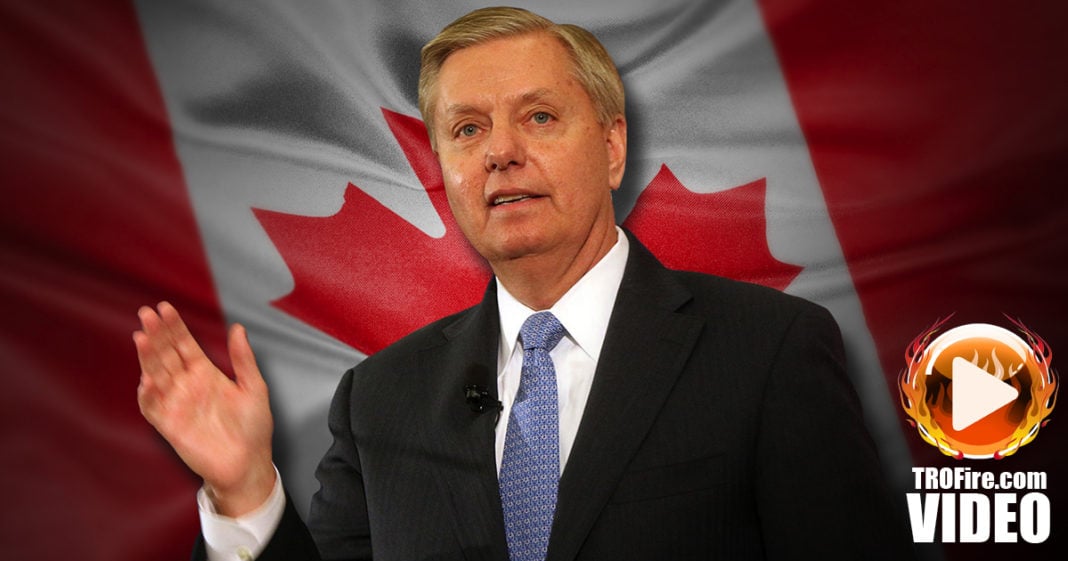 Lindsey Graham was so unhappy with NBC’s Commander In Chief forum earlier this week, that he has suggested he might consider moving to Canada rather than face the “grim” consequences of having either Trump or Clinton in the White House. He will not be missed. The Ring of Fire’s Farron Cousins discusses this.

Most Americans were not happy with Wednesday night’s NBC Commander in Chief Forum. One person in particular though is Republican senator and former presidential candidate, Lindsey Graham. He told reporters after the forum that watching those 2 on camera talking about foreign policy, made him want to consider moving to Canada.

Obviously Lindsey Graham said this in jest, but I am all for it if Lindsey Graham wants to pack up and leave the United States for good, I think we’d be much better off without him. Apparently Lindsey’s problem is that one, Hillary Clinton is not hawkish enough, which sure shows that he’s clearly not paying attention.

He built his entire presidential campaign around hatred of Muslims, and the fact that he wants to just bomb the crap out of everyone in the Middle East whose skin is any shade darker than milky white. That is Lindsey Graham’s foreign policy, that is what he wants to see, and you know what, that’s a real possibility with either of the candidates who are currently in the lead.

What exactly is Lindsey Graham’s problem? If you ask me I think it has more to do with the fact that he’s still pissy about losing the election, and not necessarily so much about his problems with what Donald Trump or Hillary Clinton actually have to say. Lindsey Graham is being a little cry baby at this point, but again if he wants to move to Canada, I promise you Lindsey, I have some boxes sitting around the office, I’ll be more than happy to send those to you. Hell, if you ask me, I’ll even come help you pack and get you moved up there.