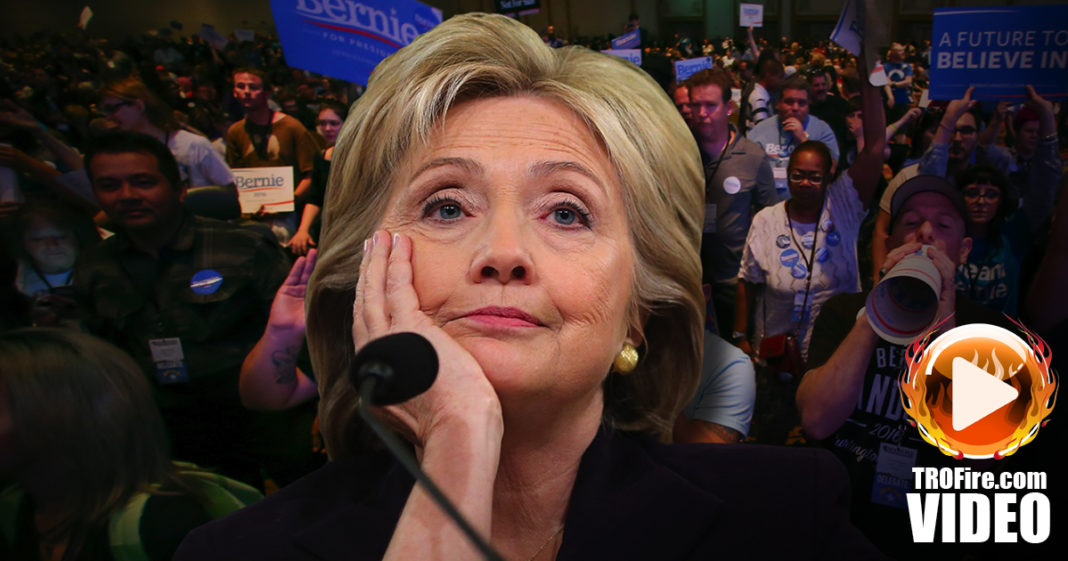 Donald Trump, Gary Johnson, and Jill Stein are all reaching out to Bernie Sanders supporters, hoping that their support will give them an edge in this election. And as polls for the general matchup get closer, you have to wonder why Hillary Clinton is not trying to secure the progressive vote. The Ring of Fire’s Farron Cousins discusses this.

Polls show that independent voters prefer Donald Trump over Hillary Clinton about 49% to 29%. Hillary Clinton still holds the lead nationally. Some polls do show them tied. I don’t necessarily believe that at all, and Hillary Clinton still holds a lead in all of the swing states, and her lead has gotten so big in states like Texas, and Arizona, and Nevada that she might actually end up flipping those states, but here is the problem, and this is why Donald Trump, in spite of all his horribleness, is actually picking up in the polls. As it turns out, Donald Trump, Gary Johnson, the Libertarian, and Jill Stein, the Green Party candidate, are actually all reaching out to progressive voters, specifically the former supporters of Senator Bernie Sanders.

It’s very unlikely that the Democratic Party will win the 2020 election because they’re alienating the very people who still believe in what the Democratic Party believed 60 or 70 years ago with FDR, that we’ve got to take care of people, that we’ve got to stop corporate corruption, corporate influence, and corporate interference with the government. They believe that we have to strengthen Social Security, that we’ve got to do something to eliminate this student debt crisis, that every person deserves a job, a chance, an opportunity, a home. The Democratic Party of today, led by Hillary Clinton as the candidate, does not believe in those things anymore, and their refusal to reach out to progressives not only proves that point, but it also shows that they really don’t care about the longevity of the party.