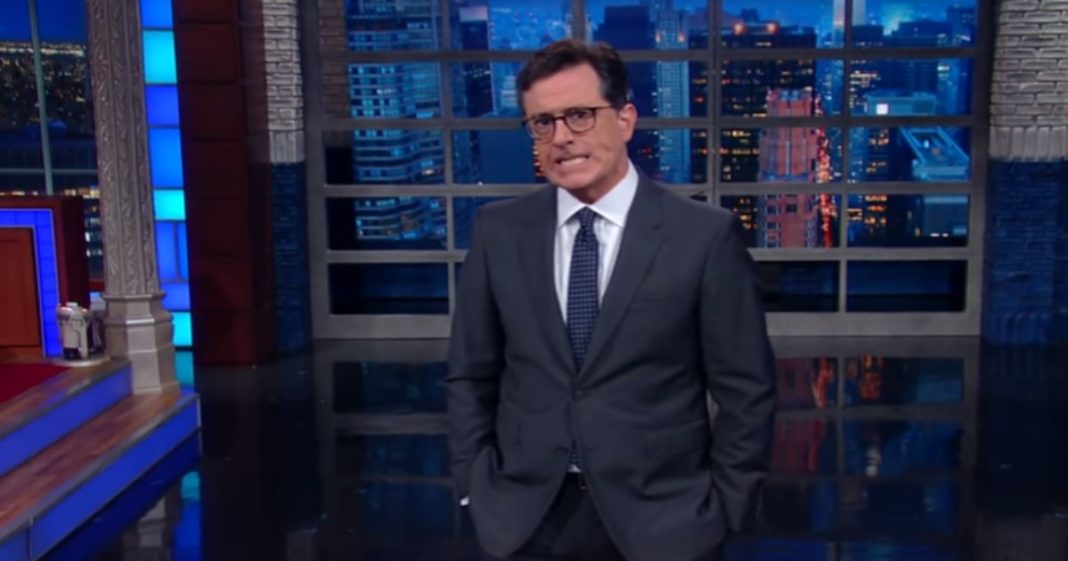 During the latest “Late Night with Stephen Colbert,” host Colbert dove into the latest polling numbers, revealing that Trump has somehow overtaken Clinton in a CNN poll. Colbert seems mystified by this new turn of events, but the explanation he provides is both hilarious and the only plausible explanation.

“Over the summer, Donald Trump was way behind, but a new CNN poll has him up by two points nationally,” Colbert said. “I’m not sure how that happened. I’m gonna say that angry white men have started to reproduce asexually.”

If that’s true, then God help us all!