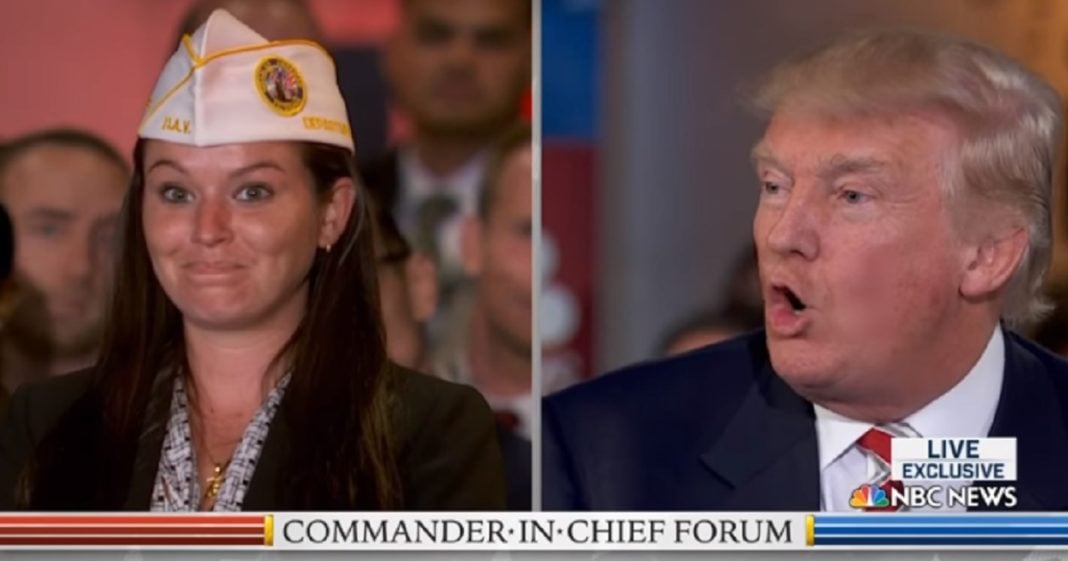 During Wednesday evening’s Candidate Forum, the presidential candidates took questions from an audience of voters to show the American people a bit more about each possible future POTUS.

When it came time for Donald Trump to take his share of questions, a run-in with a female veteran activist left women voters more frustrated than ever with the Republican nominee.

Rachel Fredericks, a U.S. Marine, asked Trump what he would do as president to slow and stop the high suicide rate for American veterans. Fredericks suffers from PTSD herself and has likely seen some of her fellow soldiers lost to suicide, so no doubt this answer was an important one.

“Mr Trump, I wanted to ask what your plan will be to stop 20 veterans a day from killing themselves?”

Trump nodded in appreciation of the question before curtly replying, “And actually, it’s 22.”

Recent numbers had been corrected to change the number from 22 to 20, but apparently Trump missed that memo. So instead, he made himself look like a fool and possibly lost the vote of Fredericks who was clearly displeased at his lack of updated knowledge.

Trump can mansplain with the best of ’em!