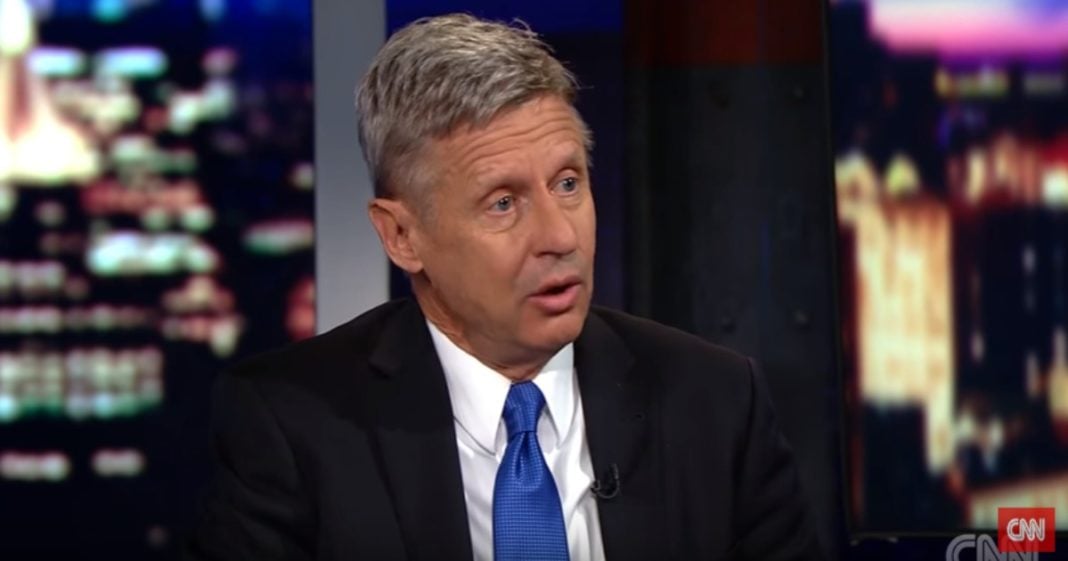 For many presidential hopefuls in the past, it is easy to draw a line to the exact moment when their presidential chances went down the drain. For Democrat Howard Dean, it was his infamous scream, for Mitt Romney it was his 47 percent comment (and maybe a bit of “Binders full of women”).

Now, Libertarian candidate Gary Johnson, the third-party candidate which showed the most promise, had his own career-ending moment on Wednesday when he showed his lack of current foreign politics experience.

Johnson was being asked about the current turmoil in Syria when he innocently asked,

Now, if you’re a regular Joe Schmo, you may not know what Aleppo is either. For the record, it is a major city in Syria which hosts a significant ISIS presence and is currently being deluged by Russian bombs, killing innocent Syrian civilians along the way.

The shell-shocked, dust covered little boy who was splashed on every front page just two weeks ago was one of the unfortunate victims of bombings in Aleppo, but even his sad face was not enough to put his hometown on Johnson’s radar.

Anyone with any sense could tell that if Donald Trump had been asked the question, it’s likely that he wouldn’t have know what the hell Aleppo was either, but this was Johnson’s momentum to lose – and he did.