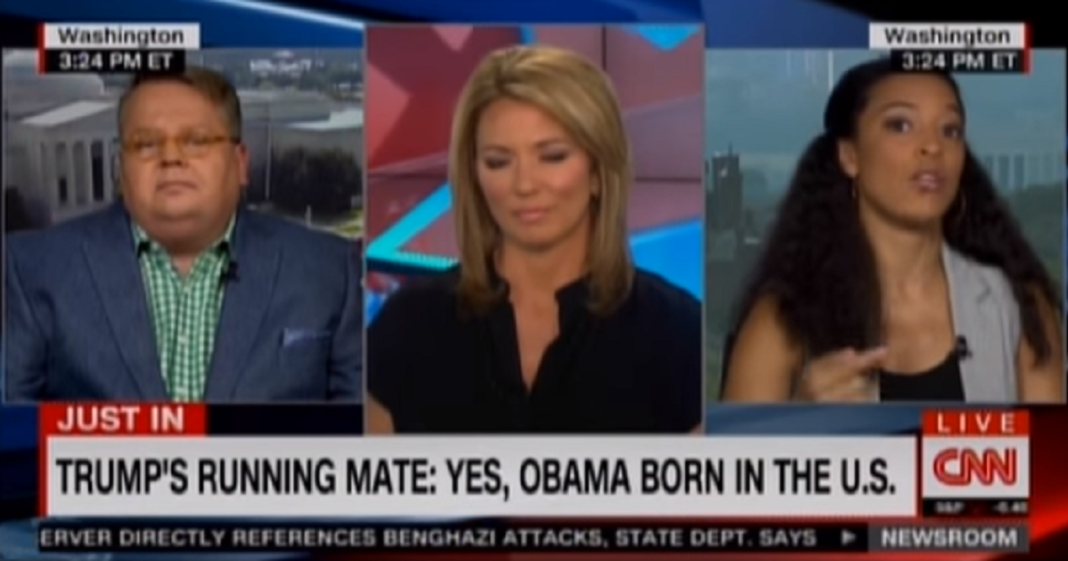 Every now and again, corporate news gives us a fearless political commentator who ignores the corporate rule-book in favor of striving for truth and honesty. Today, that fearless fighter is CNN‘s Angela Rye, a woman whose commitment to honesty and transparency means that she has been the victim of quite a bit of scrutiny for her funny facial expressions and blunt phrasing.

Rye has made it clear in her many appearances that she has no problem tearing the Republican nominee limb from limb, especially when it comes to his racist rhetoric.

On Wednesday, Rye once again took a stand against those who would seek to defend Trump or even try to offer a more “fair and balanced,” approach.

Rye joined a discussion with Trump adviser Barry Bennett and show host Brooke Baldwin in which Rye laid out several instances where Trump acted racist. Predictably, Bennett did not see eye-to-eye on whether the blatant examples were related to race.

In the discussion, Rye pulled out the R-word and Bennett immediately flew into a frenzy of denial and feigned offense.

Said Rye: “You know what the problem is? The fact that you all will be racism-deniers and instead call us ‘race-baiters.’”

But Rye refused to apologize and said it was on Bennett to prove that Trump was not a racist – not a simple task at all.