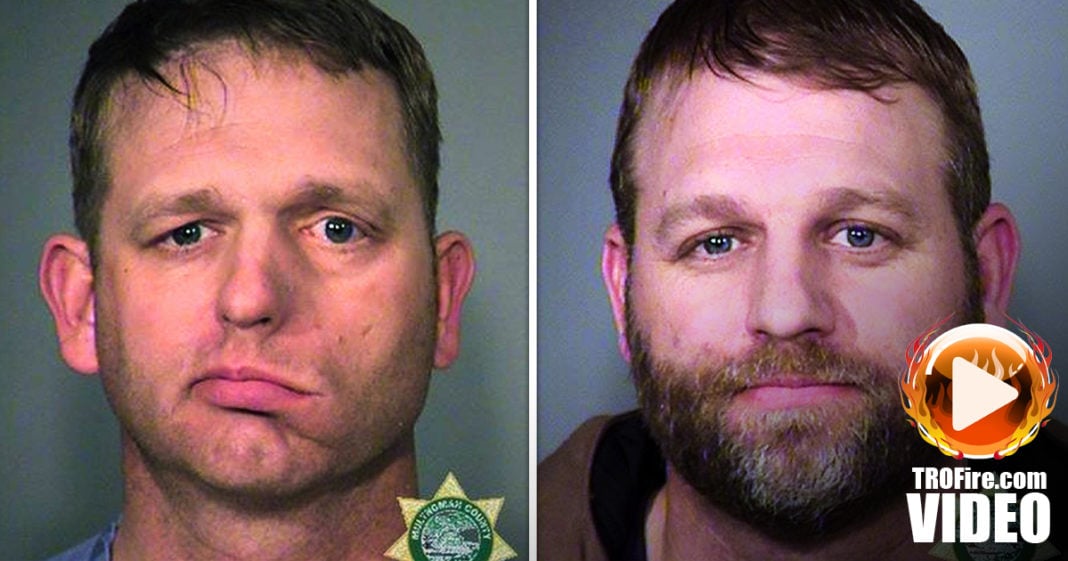 The Bundy militia that occupied an Oregon wildlife refuge earlier this year is finally headed to trial. And with any luck, they’ll be off to prison in short order. The Ring of Fire’s Sam Seder and Farron Cousins discuss this.

Seder:
Farron, it was months ago that we were talking about the lunatics who decided to take over a … basically, a park ranger’s station out in Oregon. I guess as the first step in overthrowing the United States government. These poor saps went out there assuming that there were, I don’t know, thousands, millions of Americans who were going to come to their rescue or to stand beside them and what ended up is they had people from around the country sending them sex toys and mocking them as they were opening them on live video.

Two of these guys, Ammon and Ryan Bundy, the sons, or I should say of the Bundy Ranch fame, have been imprisoned and are now finally facing trial.

Cousins:
They’ve been in jail ever since this standoff ended back in February, so they’ve been sitting there for eight months, hopefully thinking about what they did, but instead, they’ve just been stewing, getting more and more angry about the government. They caused $9 million worth of proprietary and economic damage by occupying this sanctuary out there in Oregon.

We’re dealing with very dangerous people. I’m sure you’ve seen Ryan Bundy’s … I don’t want to call it a ‘manifesto’, but what he sent to the court basically telling them, “I am not competent. I don’t understand the law, I’m not that smart, I’m an idiot.” Those are things that he said in this letter to the court, and so we are dealing with people who don’t quite know how the government works, how the law works, how the world works, but they’re very dangerous nonetheless.

It’s about time for this trial to start. I’m hoping it goes the state’s way and that we can get these dangerous people off the streets. They don’t need to be allowed to go back and occupy another piece of federal land or have a standoff with police down in their hometown.

I’m very optimistic about this. I hope the press covers it even more than they already are, because I think this is something everybody needs to pay attention to, especially these would-be militia and sovereign citizen people that you see all throughout the country. Your actions have consequences and the government’s going to start taking it very seriously, that’s what they need to take away from this right now.

Seder:
Right, and we should also say that their dad, Cliven Bundy of the Cliven Bundy in Nevada takeover, is also on trial here. I think you’re right. Look, the important thing is, and I don’t know that this is going to … I don’t know that this is going to put this to rest, but these insane notions that somehow the Federal Government is illegitimate, that really the power in this country lies only … the only legitimate source of power in this country are like local sheriffs. This sounds funny, and it is a bit of a joke, but this is what these people believe.

This idea that the Bundy’s could sit there and extract money from the U.S. taxpayers, because make no mistake, when they’re not paying their grazing fees on federal lands, that’s what they’re doing. They are stealing our money. The idea that they can do this … remember, it’s not like the state is saying, “Oh wait a second, we’re with the Bundy’s on this.” The idea that they can steal this money from us and then assume that they are somehow freedom fighters, this is the type of stuff that you get when you have an NRA that is trying to push these narratives so as to drive their gun sales. There’s a direct line between the NRA, the right-wing funding of the groups that then provide the funding for these other groups, and this is the logical extension of what they’re promoting, and it creates a tremendous amount of violence.

In Maine, you had the Governor LePage sitting down with these sovereign citizens to the point where there had to be an intervention with his own lawyers who basically said, “Governor, they’re not what they’re telling you, you don’t have the right to assassinate your political opponents. You can’t go and have the Democratic leader of the statehouse arrested by the local sheriff. This is not reality.”

There’s a lot of just bizarre stuff that’s flying around there. Hopefully, this becomes a teachable moment for these lunatics. My concern is, Farron, is that what’s really going to happen is that these Bundy brothers will go down in some type of sovereign citizen lore where you’ll have these lunatics, I don’t know, setting up shrines to these people and perceive them as some type of martyrs for the cause of … I don’t know, the establishment of the power of local sheriffs or something.

Cousins:
It’s all, again, this is the result of the Republican policy extremist right-wing talking points. These are the guys that Fox News love to bring on and talk about how great they are and what they’re doing is so phenomenal out there, fighting back against this allegedly oppressive government that these men just simply didn’t want to pay taxes. They didn’t want to pay the grazing fees, that is it. It’s not because the government was trying to keep them down or take away their guns, it was, “Hey, you owe us some money, can we please have it? Interest free, we’re not even charging you interest on it,” and it’s millions of dollars. That’s what happened, they didn’t want to pay.