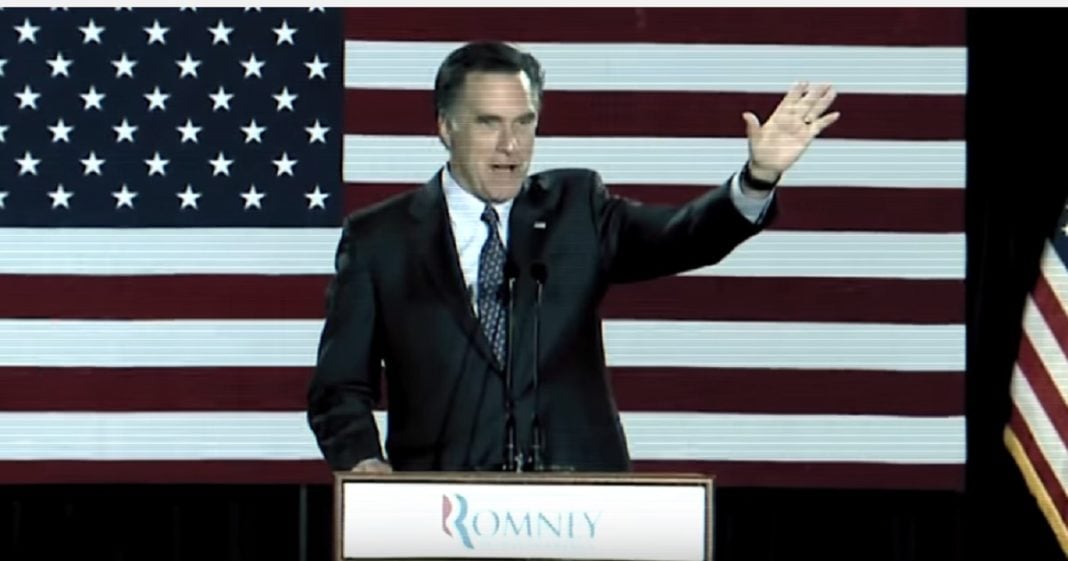 In a sharp ironic turn, a 2012 political ad which criticized Mitt Romney for stoking up anti-Russian sentiment has been uncovered. Comparing the Democrats’ criticism of Romney for then to their anti-Russian hysteria now is a clear sign of how far the party has truly fallen.

In the ad, Madeleine Albright and Michele Flourney gently mock Romney for calling Russia “America’s number one geopolitical foe,” saying that the Cold War has been over for a long time and calling his comments “curious.”

In recent weeks since the DNC hack, though, Democrats at every level have been crying “Russia,” to explain every bad thing happening to their party. The fear-mongering is getting so serious that even President Barack Obama was forced to make his own statement on Russia, warning the nation not to try to interfere with the United States’ election in November.

Democrats are gambling in a dangerous game by trying to use fear of Russia as an effective tool to distract voters from the real corruption exposed in the Democratic party. It’s a very dangerous move to toy with U.S. relations with the Russian power, and it is likely to backfire in the end.

Oh how far the Dems have fallen.