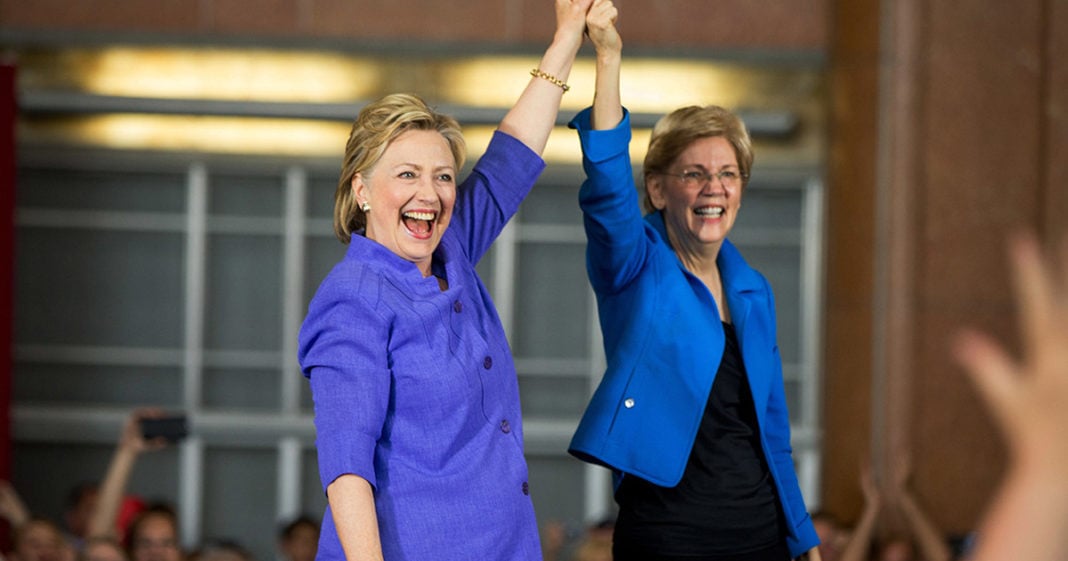 While Hillary Clinton has failed progressive politics in many ways, she is beginning to make amends with the left-leaning group by agreeing to bring on board progressive champions to help run her campaign.

At the insistence of Senator Elizabeth Warren, Clinton has hired Rohit Chopra to help run the transition team, as well as Heather Boushey, who has been made chief economist. Both individuals are progressive champions and will no doubt help keep the Clinton on the left and narrow.

Chopra comes from the CFPB, Warren’s regulatory agency which oversees payday loans and other predatory services. If you recall, it was the CFPB which battled with Debbie Wasserman Schultz and nearly was shut down by her scheming bought-and-paid-for ways.

Boushey has already made a progressive name for herself by fighting income inequality, which makes her position as chief economist the most exciting.

In addition to these hires (for those who might suggest that they are token additions), the Democratic party as a whole has agreed to the progressive stance that no officials should be brought on board who have a financial interest in the agency they are overseeing.

If the Clinton camp can stick to that promise, we are certainly on the right track. Only time will tell.