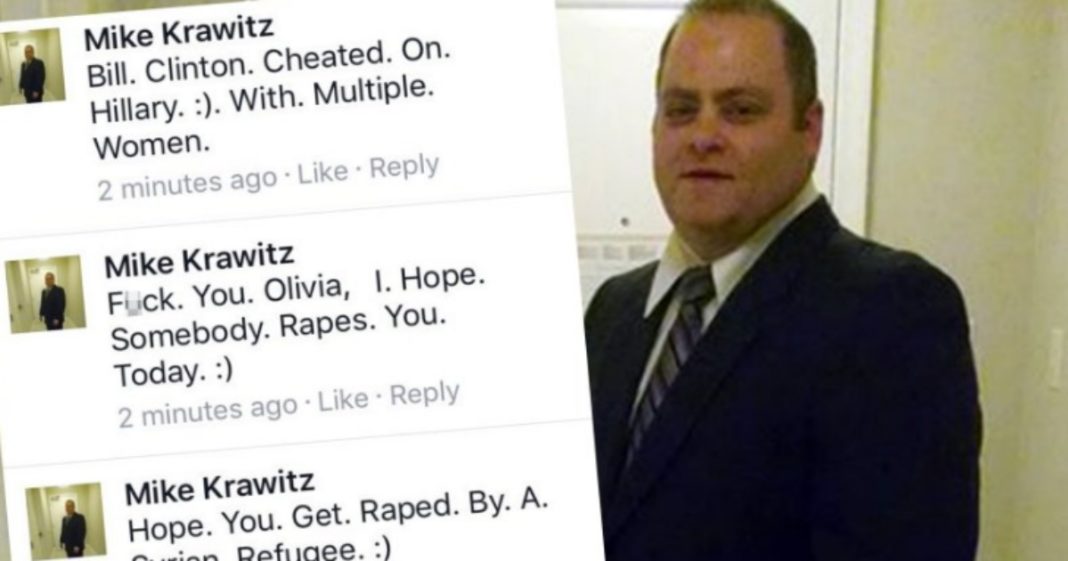 New Jersey Republican politician Mike Krawitz’s political career has ended before it even began this week when he quit his local political campaign after wishing rape on a female reporter via Twitter.

Krawitz was running for the township council in West Deptford, New Jersey, when it came to light that he had been harassing Daily Beast journalist Olivia Nuzzi for nearly a year.

Nuzzi, who is a N.J. native apparently had some beef with Krawitz and he expressed his displeasure with the journalist through a few tasteless messages. Nuzzi exposed Krawitz’s disgusting behavior in a Daily Beast article titled, “A Republican Candidate Said He Hoped I Got Raped,” a compelling title, no?

Krawitz claimed that he was hacked and that the messages weren’t his own, but considering the tweets go back many months, that story doesn’t hold up.

It wouldn’t be surprising at all to learn that Krawitz is a Trump fan, but just because your rich daddy can get away with calling Mexicans “rapists,” doesn’t mean that you can wish rape on women and get away with it.

The internet isn’t the wild West anymore, politicians, and if you’re stupid enough to act like your every move isn’t being closely scrutinized online, you deserve to get your ass handed to you.