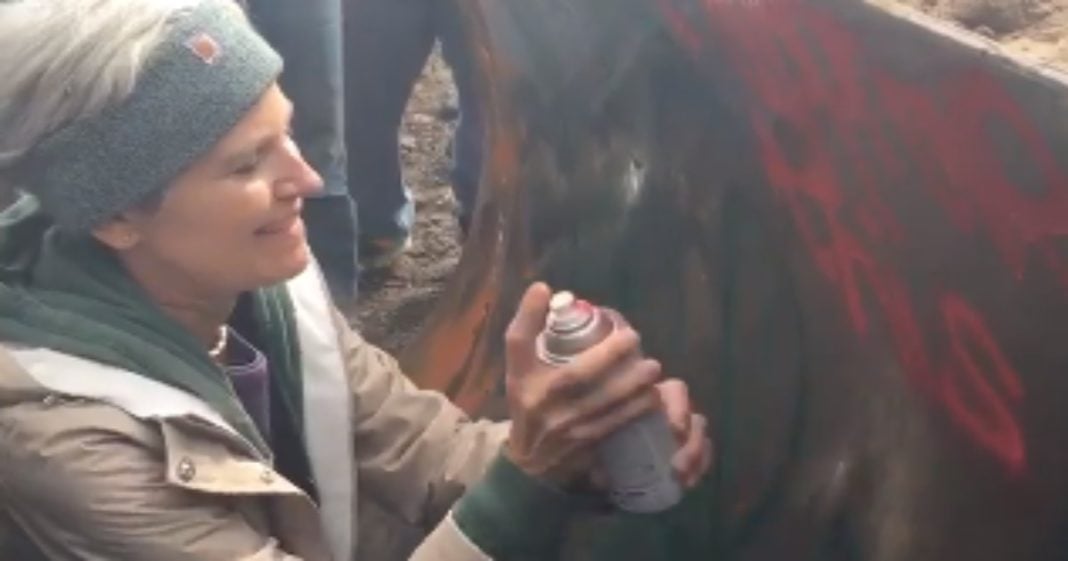 After spray-painting a piece of construction equipment during an anti-pipeline protest, Green Party candidate Jill Stein may find herself in a jail cell instead of the White House.

Stein joined the nearly 100 protesters stationed at the planned construction site and participated in the spray-painting of construction equipment. It is this violation for which Stein is being charged.

Likely in an effort to make a public statement, the Morton County Sheriff announced on Wednesday that Stein would likely be charged for vandalizing construction equipment. Stein was recorded, with Twitter video revealing her happily spray-painting a piece of equipment.

Just days before, protesters had been attacked by company owners who brought attack dogs and used pepper spray. Individuals chained themselves to a bulldozer in an effort to stop the progress on the pipeline.

Clearly, this attempt to go after Stein for minor vandalism rather than go after the private company which sicced attack dogs on peaceful protesters is a gross example of corruption.

Officials should keep their eyes on the real criminals here, and stop playing politics with their legal powers.