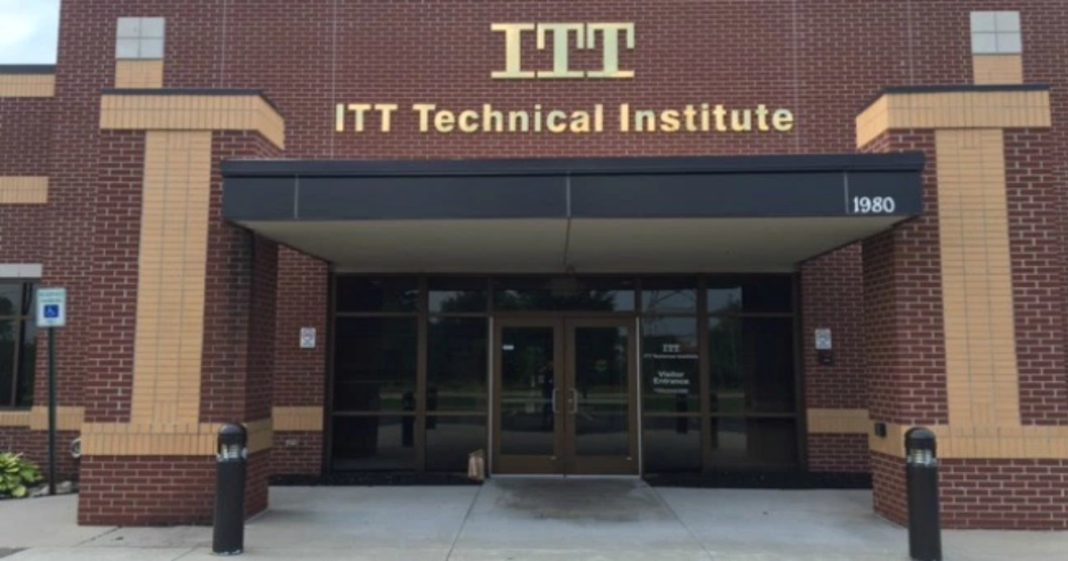 After some aggressive lobbying by Elizabeth Warren and other anti-corporate politicians, ITT Tech has announced that it plans to shutter its doors in response to federal sanctions which bars the for-profit “school” from receiving federal education dollars.

It was announced just last week that the Department of Education had ruled on the for-profit school, saying that federal funding in the form of grants would not longer be able to be used at ITT Tech. This was apparently the push the school needed to shut down, once and for all.

ITT Tech released a statement announcing the closure on Tuesday, blaming the Department of Education of a “complete disregard . . . for due process to the company.”

The decision by the DoE to eliminate federal funding was a significant one, both for ITT and taxpayers. Just last year, federal funding (your tax dollars) funneled to the school in the amount of $580 million. While that’s nothing next to many of the avenues to which our dollars go, that is $580 million which could be invested more effectively elsewhere.

One of many for-profit schools, ITT Tech is widely reviled for its predatory business model in which students are charged exorbitant prices for a sub-par education. ITT Tech and others like it market to the working class and low-income Americans. They make it seem as if it is more convenient, less expensive, or less rigorous than a traditional college education, though the reality is far from that portrayal.

A naive student may enroll in ITT Tech and then soon find that their credits are absolutely non-transferable. Even if a student slogs through the courses and receives their degree, to an employer, having a degree from ITT Tech is often worse than having no degree at all.

Of course, allowing a business to semi-scam its customers may or may not be the business of the federal government, but when it is taxpayers who are footing the bill, it becomes the interest of everyone to know whether or not the school’s practices are moral, ethical, and legal.
Listen to an interview on the corruption at ITT Tech by Sam Seder and attorney David Scher. Audio starts around 18:30.