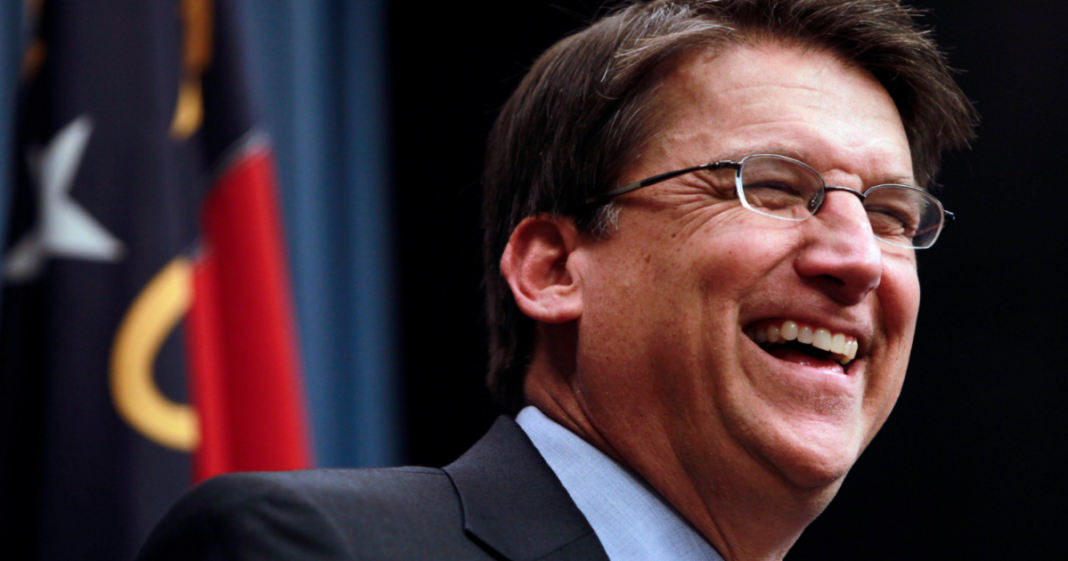 North Carolina Governor Pat McCrory stirred up quite a bit of controversy in 2016 with his infamous bathroom bill which banned North Carolina residents from using a bathroom which does not correspond to their biological sex. The bill was an “answer” for a problem that didn’t exist and began a national conversation about the appropriate way to treat trans individuals.

Though McCrory’s bathroom bill is killing his re-election chances in the November election, he is still clinging to the controversial legislation with all of his might.

In a campaign ad released this week, McCrory looks frustratedly at the camera, apparently outraged that anyone would dare question his common-sense legislation.

“Are we really talking about this? Does the desire to be politically correct outweigh our children’s privacy and safety? Not on my watch. Our kids and teachers are my priority. This is North Carolina. Let’s do what’s right.”

As of right now, with McCrory lagging behind his opponent by 9 points, it’s clear that “doing what’s right,” by kicking the bigoted governor out of office is exactly what they intend to do.