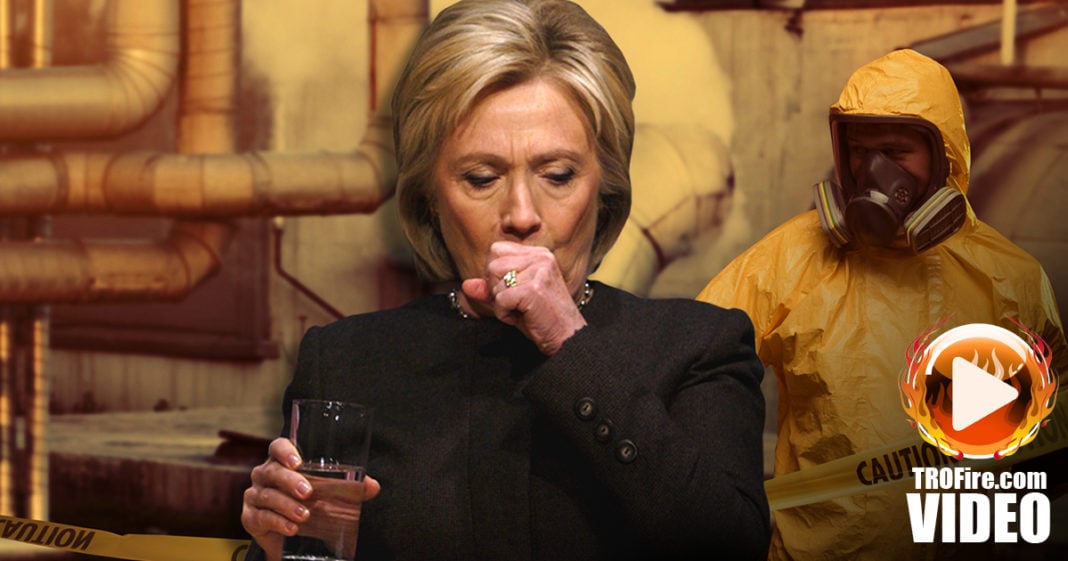 Just when you thought this election couldn’t get any worse, Republicans are now trying to convince us that a throat clearing is proof that Hillary Clinton has one foot in the grave. The Ring of Fire’s Farron Cousins discusses this.

I don’t know if you’ve been following the corporate news recently but if you haven’t let me fill you in on something very important that they have been talking about. The other day Hillary Clinton coughed. Not just coughed, I think she actually coughed a couple of times as if there might have been something in her throat that her body was trying to expel which is typically what coughing is. Either the throat or lungs can lead to coughing. Now, Republicans, Holy Hell. This is suddenly bigger than Benghazi, bigger than Watergate, bigger than any other political scandal in the history of the United States. Hillary Clinton coughed clearly she is unfit to be president. I mean, if you have irritants in your lung or throat how can we trust you to run this country, right Republicans? I mean isn’t that the logic we’re going with here?

Fox News Today came out and they were beyond pissed off about the fact that other major networks aren’t talking about Hillary Clinton’s coughing as much as Fox is. Like this campaign from the start, from the time when we had the two clear nominees, has been about non-issues. I don’t care if you like or dislike Hillary Clinton, her coughing has nothing to do with anything whatsoever. It doesn’t mean that she’s got black lung or lung cancer or emphysema or that she’s about to drop dead. That’s not how coughing works. It’s a cough! I coughed right before we filmed this. I’m not dying, this is getting ridiculous here what the Republicans are trying to do. I don’t want to give them talking points because I truly despise them but if you want to go after Hillary Clinton, why not attack the flip-flopping, you know, flip-flopping on TPP or Keystone? Why not go after the fact that she’s reaching out to moderate Republicans instead of progressive Democrats? You know, there are plenty of reasons to dislike Hillary Clinton or to attack her but her coughing is not one of them.