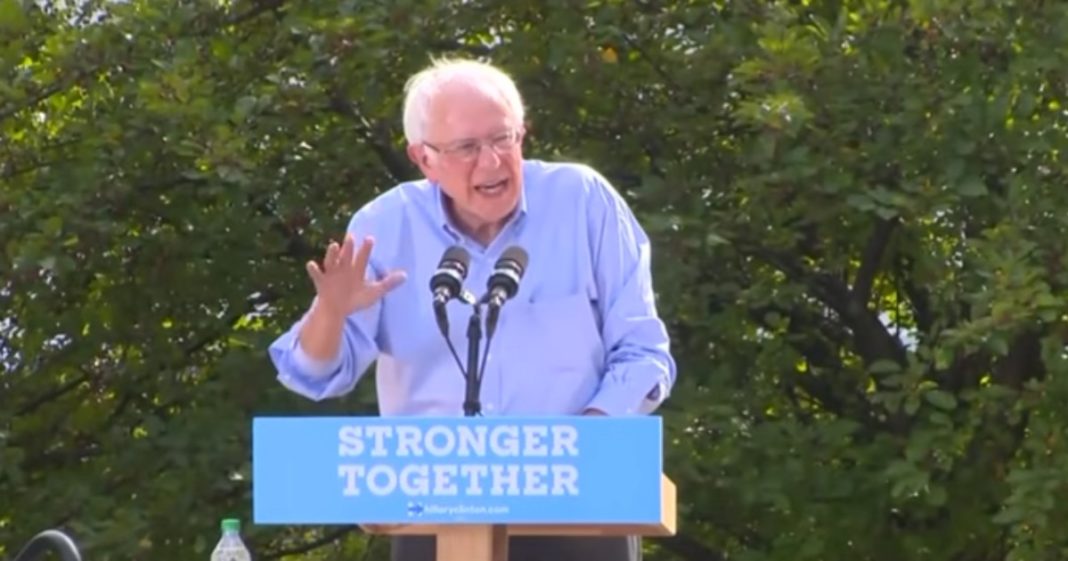 The Bernie Sanders of Monday seems in every way the exact Sanders we all saw on the primary campaign trail except for one glaring difference – he is no longer the anti-Clinton attack dog he once was.

Instead, Sanders has turned his attack to Donald Trump. With an unwavering dedication, the Senator has abandoned his criticism of his former opponent, simply referring to her as imperfect, before turning to Trump and hitting him again and again for his bigotry.

“No candidate is perfect. We have to ask ourselves a very simple question – what are the issues and what are the positions of the candidates on those issues.”

“If you look at the campaign on that basis, the answer is 100 percent clear … Hillary Clinton is the superior candidate hands down.”

Many may see this change of heart as a betrayal of everything he stood for – in some ways, they are correct. But Bernie told us all along that this is what he would do.

Months ago, when things seemed like they might go his way, Sanders always maintained that if he were not the nominee, he would support whoever was. Then, when things became bleak and Trump was confirmed as the nominee, Sanders said that he would do whatever necessary to keep the man out of the White House.

For some who seem to believe that Clinton is somehow the same or worse as Trump, go ahead and feel betrayed by Sanders. But for me, I see a man who understands that no matter how bad Clinton is, she will allow the dissemination of progressive ideas to continue under her leadership. If Trump is elected, we will be set back by a decade or more in progressive politics and we will see the rights of our fellow Democrats suppressed.

Bernie is serving the Revolution in a way that doesn’t make us all happy, but for now, it is what is required.