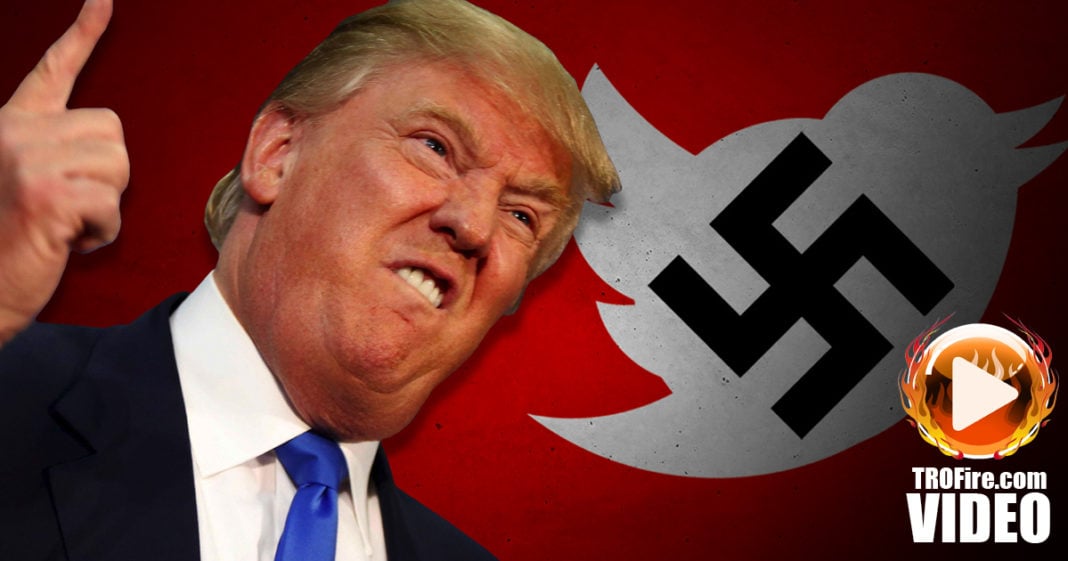 A new study reveals that white supremacists and neo-Nazis are the loudest Trump supporters on Twitter, which has to make “non-racist” Trump supporters question their own allegiance. The Ring of Fire’s Farron Cousins discusses this.

A new study is out from George Washington University’s Program on Extremism, and they have got some really not so shocking news to report. As it turns out, the people in this country who absolutely love Donald Trump are white supremacists and neo-Nazis.

How did they come up with this? They actually looked at Twitter. Looked at social media to see what kinds of hashtags self-identified or affiliated white supremacists and neo-Nazis were tweeting out. It turns out that the Trump hashtag Donald Trump or Trump Pence 2016 ended up in the top five tweets … top five most mentioned hashtags, I should say, among white supremacists. It’s in the top 10 among self-identified and affiliated neo-Nazis.

Now, this is striking because this did not happen during the 2012 election, according to this study. While most white supremacists have always typically affiliated with the Republican party, in 2012 with Mitt Romney, they did not openly support him. They would tweet out hashtag tea party, hashtag GOP, but not hashtag Mitt Romney or Romney 2012. This new study shows that yes, this Donald Trump brand of racism is something that the right-wing extremists, white supremacists, neo-Nazis, that they are all embracing and that they love Donald Trump, and more importantly, they no longer feel the need to hide their beliefs or their political affiliation because of Donald Trump. They’re out of the closet, man. They’re out there, they’re loud, they’re proud, and they’re full of hate. That is what it’s all about. That is what Donald Trump is all about.

Here is the question. For any person who says that they support Donald Trump, “But hey, I’m not a racist, I like Donald Trump.” No. Guess what? You’re a racist. When white supremacists and neo-Nazis listen to Donald Trump and say, “Oh, I like what he has to say,” and you agree with them, then yeah, that makes you just like them. You may not have known that you are, but trust me. When you find yourself agreeing on the same policies as a neo-Nazi, you need to re-evaluate your life.