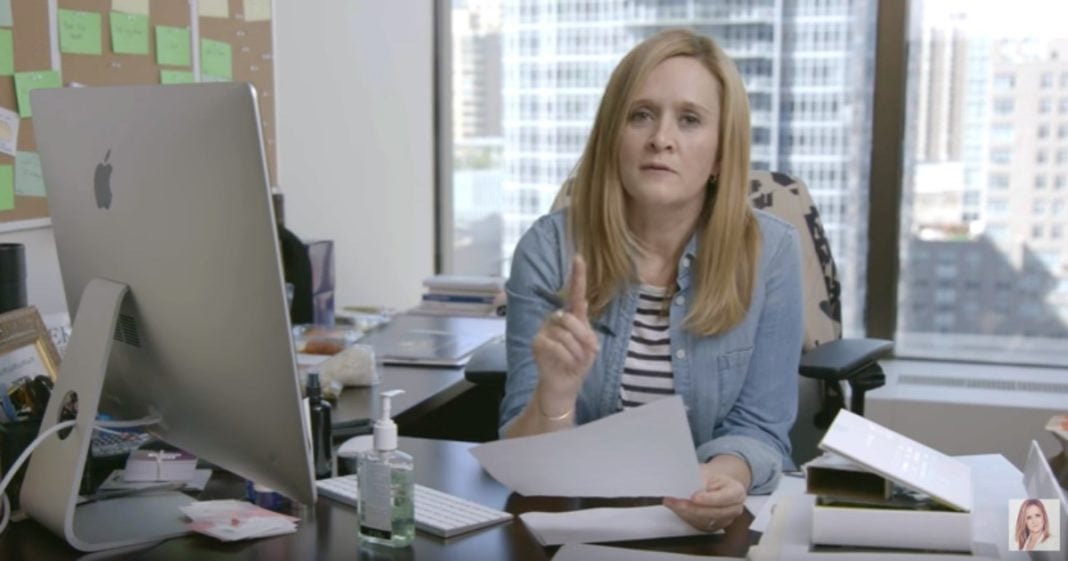 Though Samantha Bee has taken a brief recess from her hit comedy satire show “Full Frontal,” that doesn’t mean that the laughs have to stop rolling in.

Thanks to the wonderful world wide web, Bee has been consistently uploading funny clips to sustain her audience through the month-long hiatus.

In the most recent clip, Bee answered questioned posed to her by fans of the show. One person asked which presidential candidate Bee would most like to be stuck on a desert island with. Out of all of her choices, she chose Creepy Ted Cruz.

“It’s important to have an enemy in life. . .  our zesty sparring would keep us alive longer, maybe long enough to be rescued. That’s my theory.”