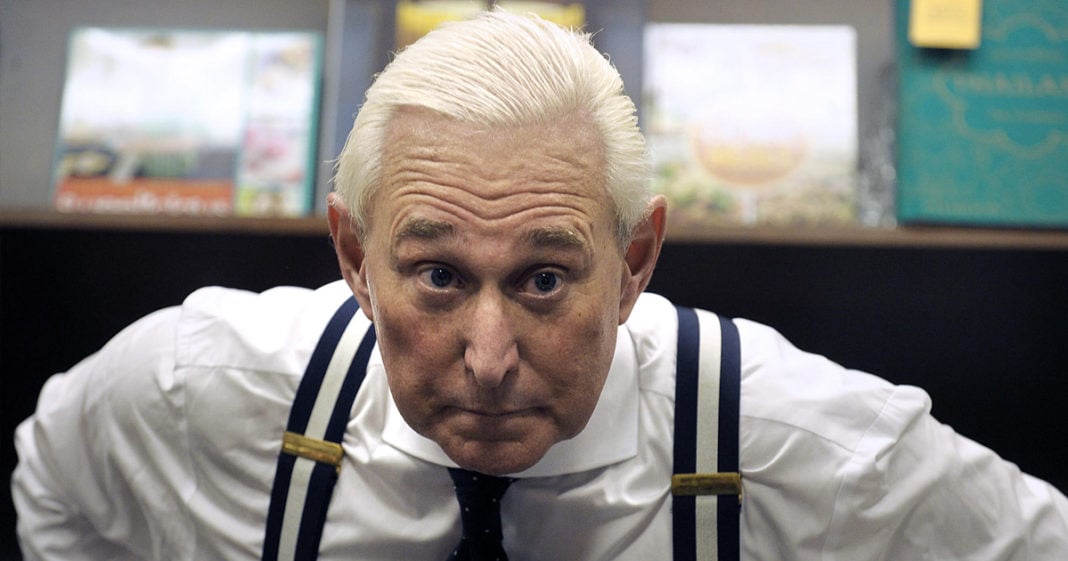 Michael Brooks is filling in for Sam Seder on the Majority Report today. In this clip, Roger Stone obviously has some sort of beef going on with Donald Trump because he does something EXTRAORDINARILY out of character: He doesn’t spin some crazy lie when asked a direct question. He says what a normal, non-crazy person would say.